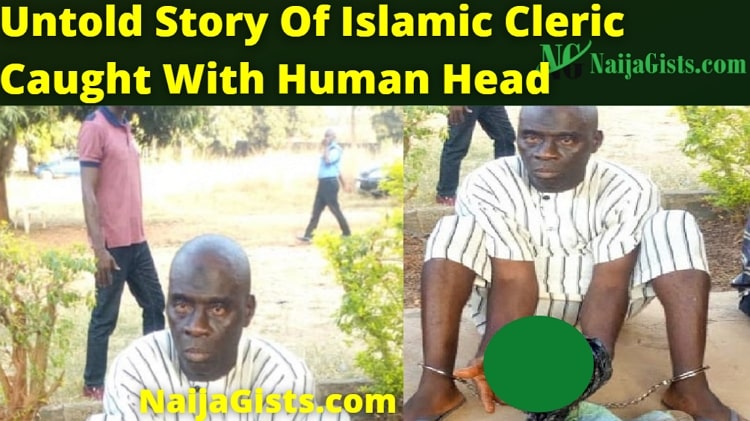 An Islamic cleric has been arrested in Ondo East Local Government area of the state.

The suspect, Alfa Tunde Olayiwola was caught in possession of fresh human head in Oka area of the state.

According to the state police commissioner, the suspect was among the 8 suspects arrested for various crime in the state.

In his chat with reporters on Thursday the 23rd of December 2021,  Oyediran Oyeyemi was arrested following a tip off from members of the public in Oka area of the state.

“On the 23rd of December, 2021, at about 0920hrs, the Police received information that a self -acclaimed cleric named Alfa Tunde Olayiwola ‘m’, a suspected ritualist, was about to receive a consignment suspected to be a human head.

“The Police immediately swung into action, and the cleric was apprehended at Ajagbale Area of Oka, Ondo town.

“A fresh human head was found in Olayiwola’s custody when he was arrested.

“He (suspect) confessed that the head found in his possession was to be used to ensure he had a better life,” Oyediran said.

The commissioner added that several other criminals were arrested at various location in the state between the 17th and 21st of December over alleged murder.

An eyewitness further alleged that the suspect stole his victim’s bike, sold it after killing him for an alleged money ritual.

Sadly, he was caught while negotiating with a potential buyer of his victim’s bike.