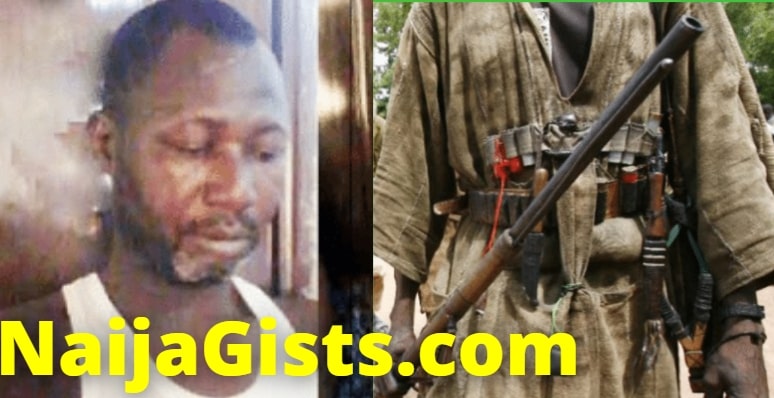 A hunter identified as Ismaila Ojo has been arrested for killing his neighbour in Ondo state, Southern Western part ofNigeria.

The 23 year old suspect reportedly shot his 70 years neighbour who was defecating in the bush at the back of his house in Oka area of the state.

The suspect claimed he shot his neighbour to test his gun.

A dane gun was recovered from the suspect.