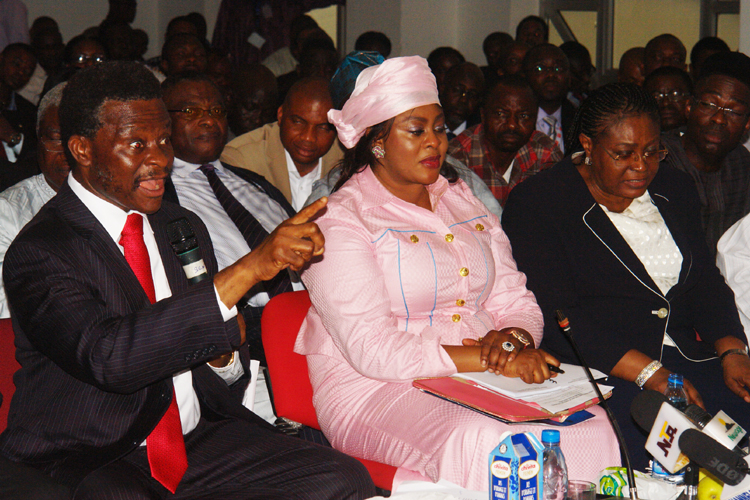 Few months after the media exposed the corruption and fraud going on at the Nigeria’s aviation sector, President Goodluck Jonathan has replaced all the managing directors.

On Tuesday, all the directors working at the different aviation agencies in Nigeria were fired by President Jonathan.

This is coming months after the ex-Minister of Aviation, Stella Oduah ordered the aviation agencies to buy her luxury vehicles include two BMW cars for N255 million.

Here is an official Press Release by President Jonathan:

RE-ORGANIZATION IN THE MINISTRY OF AVIATION

His Excellency, Dr. Goodluck Ebele Jonathan, GCFR, President of the Federal Republic of Nigeria has approved the following re-organization in the Ministry of Aviation:

Special Assistant (Media) to the

Secretary to the Government of the Federation.