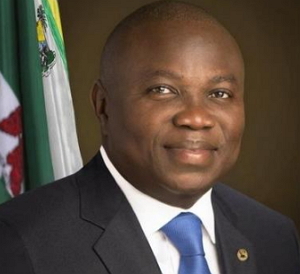 One of the photographers of the 2015 Akinwumi Ambode Campaign Organisation, Niyi Adeniran, has narrated how he was robbed of N200,000 cash and items worth millions of Naira, at his 18, Adeleke Street, Magboro, last April 14.

He listed other items stolen to include an iPad, Windows phone, Infinix, one mini HP laptop, a normal size HP laptop and N200,000 meant for his children’s school fees.

Adeniran’s wife, Funmilayo, said the family left home around 7am on April 14 but returned home to see the house scattered and all valuables gone.

“We all left home around 7am that day; my husband and I left home for work, our children were dropped off in school. It was when I got back home later that day that I discovered the burglary; I saw that everywhere had been ransacked; I was scared, so I rushed out of the house with my children to inform neighbours of what I noticed. They followed me back to our house and I called my husband to inform him about the incident.

“He was also shocked but told me to call the Estate Security which I did. They came to see what had happened and my husband later reported the case at Ibafo Police Station when he got back from work. I have never experienced something like this in my life; this incident has affected my husband; he is worried about how to care for his family now that all the tools of his trade have been stolen.”

Adeniran, who is yet to get over the incident, said he is grateful to God that the robbers did not injure anybody.

“I cannot imagine what would have happened if anyone was at home when the incident happened. I thank God that nobody was hurt, but it is still a bitter experience for some unknown persons to enter my house and steal all my valuables. It is painful and I pray God’s mercy and protection will always be over my family.”