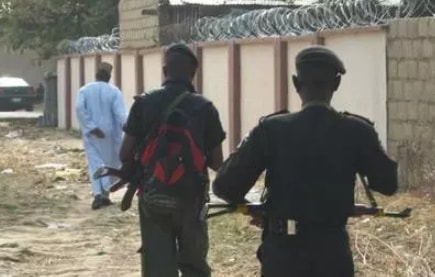 Police in Enugu State Police has begun investigation into the alleged killing of a father by his son at Ojinato.

Spokesman Ebere Amaraizu said in a statement in Enugu yesterday that the incident occurred on May 4.

The statement said the suspect’s real name has not been established, but investigation is on.

It said the deceased, Pa Nathaniel Chukwuemerie, 83, from Ogidi in Idemili North Local Government of Anambra State, was killed by his son, simply called ‘The Boy’.

The statement said Chukwuemerie, who lived at Ojinato, “died when his son, identified as `The Boy’, smashed his father’s head with a pestle over a yet to be established issue.’’

It said sympathisers took the victim to a nearby hospital where he was confirmed dead by a doctor.

He said the body was deposited at Oji River General Hospital mortuary.

“The suspect has been nabbed. According to information by a source, the suspect had been behaving abnormally, suggesting mental illness,’’ the statement added.