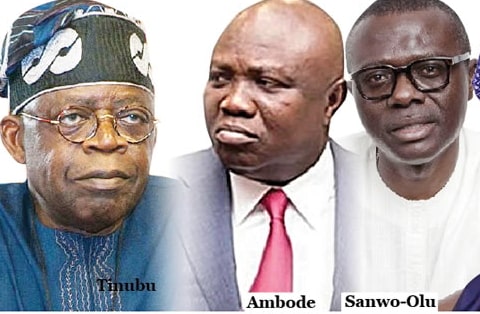 The confusion over the reelection bid of Lagos State Governor, Akinwunmi Ambode, failed to clear off on Saturday as the All Progressives Congress national leadership could not secure a firm commitment from its national leader, Asiwaju Bola Tinubu, on governor’s second term ambition.

The APC leaders, led by Vice President Yemi Osinbajo and the party’s National Chairman, Adams Oshiomhole, who were said to be acting on the directives of President Muhammadu Buhari, met with Tinubu again to prevail on him to “forgive” Ambode his alleged infractions and back the governor to secure a second term.

A source close to the national secretariat of the party, however, told SUNDAY PUNCH that the effort of the leaders could not be said to have resolved the situation as Tinubu did not give Osinbajo and Oshiomhole any specific promise of supporting Ambode for a second term.

The source stated, “The President asked the vice-president and the national chairman to resolve the crisis amicably so that the governor could get a second term. Osinbajo met Tinubu twice in Abuja on Friday on Ambode’s matter, where he relayed the President’s message and the need to keep Lagos for the APC.

He also told Asiwaju the President would not want the crisis to affect the party in the 2019 general elections. 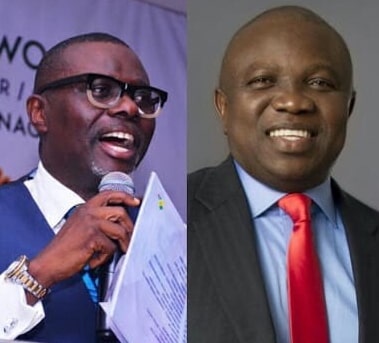 “The National Leader, however, maintained that there would be wider consultations back home before he would be able to accede to the request. He said the governor’s matter is beyond him alone.

“It is difficult to say what happened during the second meeting with Osinbajo but it appeared the vice-president and Tinubu were able to arrive at a meeting point, which is difficult to clarify.”

It was gathered that Buhari’s foremost concern was that the crisis in Lagos State, which boasts of the highest number of registered voters, if not well-managed, could affect his political calculations for his second term bid.

SUNDAY PUNCH gathered that as the APC leaders battled to save the embattled governor’s second term ambition, Ambode landed in Tinubu’s house in Abuja, where the governor appealed to the former Lagos State governor to forgive him his alleged offences.

Another very reliable party source said, “Yes, it was part of the efforts we are making from this end to save the party from crisis in the state and the nation. The governor came to beg Tinubu in his residence in Abuja to forgive him. I think the appeal helped to reduce the tension and soften the ground for the governor. It is, however, difficult to say if that had ended the crisis.

“Some governors have also called the national leader, pleading with him to save their ‘poster boy’ the humiliation of not getting a second term. Their fears are that such development in Lagos, which is the economic nerve centre of the country, could have negative effect on the fortunes of the party in other states.”

A source in the camp of the Lagos ex-governor, who spoke to SUNDAY PUNCH on Saturday, confirmed the meeting between Tinubu and his political godson in Abuja.

“Yes, the meeting held. He (Ambode) saw Asiwaju in Abuja but I cannot give you any detail,” he said.

It was learnt that Tinubu returned to Lagos on Saturday as preparations for the rally and formal declaration of an APC governorship aspirant in the state, Mr. Jide Sanwo-Olu, were being concluded.

The organisers of the rally, billed for City Hall, Lagos Island, on Sunday, had concluded that 1,000 supporters be mobilised from each of the local government areas in the state for the rally.

SUNDAY PUNCH learnt that after the return of Tinubu from Abuja, the chairmen of the local governments held another crucial meeting at Watercress Hotel, Ikeja, Lagos, on “new development” concerning the Sunday event.

A source at the meeting, who is an aide of one of the council chairmen, told SUNDAY PUNCH that the chairmen were informed that while the rally for Sanwo-Olu would still go ahead on Sunday, the chairmen should no longer “mobilise” 1,000 supporters from their local governments.

“No, the rally has not been called off. The chairmen are in the meeting, but the latest information is that they should no longer mobilise 1,000 people from the councils. Those to attend the rally are the leaders from the ward to the state level; the state and federal legislators and party chiefs,” he said.

One of the aides of Tinubu told one of our correspondents that the rally would still go ahead as planned on Sunday.

“That’s the grand declaration. It’s going ahead; nothing has changed,” he said.

Another source, a former member of the state House of Assembly, however, said the reduction in the number of those to attend the rally was a crowd control strategy at the venue.

“You know the way our people behave. Even the supporters, who are meant to attend, will get to the venue before the organisers,” he stated.

The former lawmaker, however, said the latest information on the battle to save Ambode’s job was that nothing had changed from the resolve of party stakeholders in the state to see off the Epe-born technocrat.

“As of this afternoon, what we heard was that Asiwaju has not agreed (to back Ambode). I don’t know what happened in the evening o; things might have changed,” he said.

A lawmaker, who spoke to SUNDAY PUNCH on Saturday, argued that while the embattled governor had not shown enough political sagacity in handling the affairs of the party leaders in the state, it would be in the interest of the APC to resolve its festering crisis amicably.

He added, “It was the same crisis we faced in the day of (Babatunde) Fashola until we were able to block the funneling of money to the Labour Party by one of our leaders.

“Don’t forget that we lost some seats to the PDP in the last elections. We knew what we had to do to bring some of them back to the APC.

“So, it is in the interest of the party to resolve this crisis to prevent such crack again.”

Epe Christians, Muslims, others organise prayers to save son’s job

Meanwhile, it was learnt that some segments of Epe, the hometown of Ambode, had embarked on prayers to save the head of their son, whom they believed had positively contributed to the modernisation of the ancient town.

The prayers, it was learnt, cut across Muslims, Christians and traditional worshippers.

The Olu-Epe of Epe town, Oba Sefiu Olatunji Adewale, attended a special Islamic vigil organised by the Muslim Community at the Epe Central Mosque, on Friday night and lasted till the early hours on Sunday.

The prayer session is an annual programme meant to pray for the general well-being of all Epe indigenes.