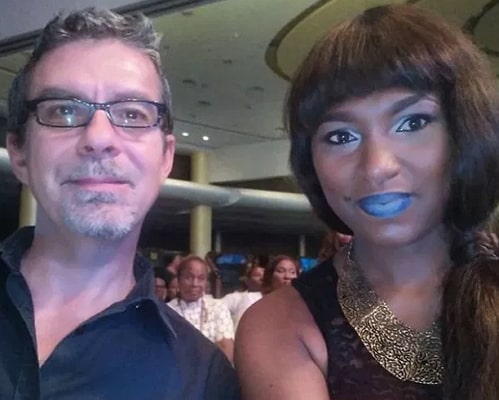 Nollywood actress Ufuoma Ejenobor who rarely speaks about her marriage has praised her hubby, Steve McDermott for the success of her latest project.

In a chat with The Scoop, the mother of two stated that her hubby had always been supportive of her career.

Here is how she praised himfor the perfection of her latest project;

“The idea of perfection for this new movie was my husband’s; let me just say the truth. When we did the first shoot, we had spent too much money and I said, ‘please let’s just release it like that’. He looked at me and said, ‘your name is not going on that, you must be kidding’. I said, ‘Okay, we are not doing cinema; let’s just throw it online, DVD or something’. He said, ‘Unless you just want to keep it under your bed; this film is not leaving this house. We had to start budgeting for the reshoot and all of that; it was a huge strain on me. That was why the movie took three years to shoot.”

She also praised Bovi for the comedy punches:

“I had to consult my friend Bovi, who is also a scriptwriter. That guy is a genius; he read the story and it came so easy to him. He was able to put the comedy punches. He was interested in how we could make the story relatable and that worked for us.”

Speaking about the plot of the movie, she explained;

“The lead character feels that because she is a professor, she is better that everyone else. But she was dealt with the Nigerian way when she returned. What was supposed to be an hour journey from Lagos to Ibadan turned out to be a total day of disaster.”