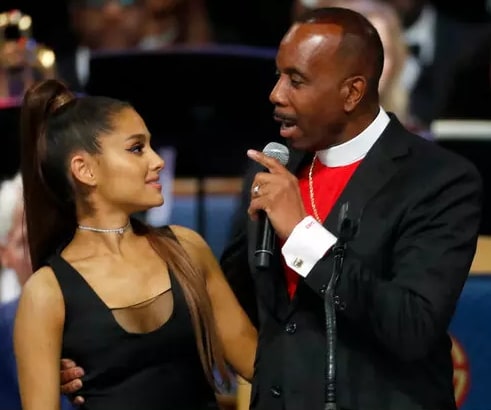 There is no time that the issue of inappropriate touches has become a global discourse than the recent happening at the Aretha Franklin’s funeral service where popular actress turn singer, Ariana Grande was publicly groped by a renowned man of God. Before I go further into my thought pattern on this controversial discourse.

I want to categorically reach out to all the men of God out there that your ‘anointing’ is not a free ticket to touch people anyhow, anywhere and at any time! Even one of the most respected apostles in the Bible, Apostle Paul once said in 1 Timothy 5:22, “Do not be too quick in the laying on of hands and thereby share in the sins of others. Keep yourself pure.” Indiscreet touching by men of God is not only a social issue but also a form of moral compass to help clergies and spiritual leaders ascertain the exact point they may have started losing both moral and spiritual steam! It is a pertinent moral and social issue that I have decided to escalate it through this piece.

It is both appalling and shameful to read in the tabloids about some men of God who throw caution to the wind by touching people indecently in the name and pretence of spiritual healing, cleansing and deliverance. Socrates once said, “An unexamined life is not worth living.” We must constantly review how often we go beyond boundaries to touch people and make necessary amendment. In some cases, like the one that happened recently between Bishop Charles Elli and Ariana Grande, an apology may be appropriate.

One of the core of healthy relationships is healthy boundaries. We must express our affection in a way that the receiver is not feeling abused or ‘overtouched’. We must constantly review how our hands and eyes navigate around our acquaintances in our moments of excitation. We don’t determine how people should be touched, they do! We often go off the radar in some subtle and unnoticed measure until it becomes a strong habit or routine.

The inappropriate act has become the rave of the tabloids and international news: “Ariana Grande was touched inappropriately by the highly revered Bishop Charles Ellis”.

Many people posted close-up images of the moment on Twitter, tagging it #RespectAriana. I was delighted to see the Bishop come out openly to apologize to Grande and her million fans though he said it was done unintentionally. Sometimes, I wonder how many ‘Ariana Grandes’ out there that are continuously suffering from the abuse of inappropriate touches day in and day out. In fact, some highly placed celebrities have taken their high placed position as an opportunity to touch people and minors anyhow, anywhere, and at any time. 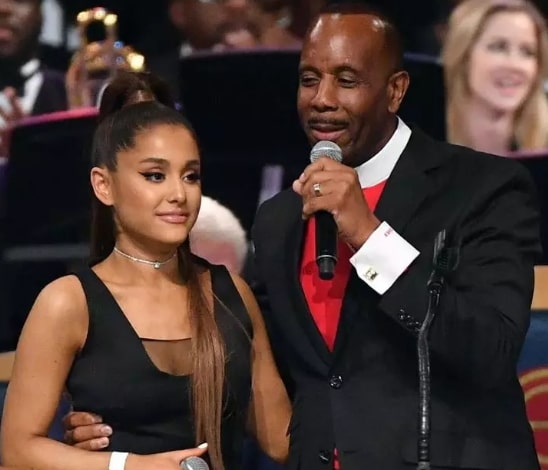 The bishop who presided over Aretha Franklin’s funeral has since apologized via a statement to the Associated Press for inappropriately touching singer Ariana Grande after her performance at the ceremony. Grande sang Franklin’s 1967 hit “(You Make Me Feel Like) A Natural Woman” at the late musician’s funeral in Detroit, Michigan, and afterwards Bishop H. Ellis III pulled her into an embrace, placing his hand on the side of her right breast and holding it there. 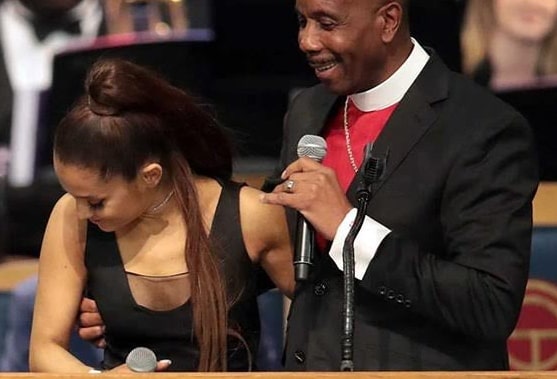 Following the service, the AP caught up with Ellis at the cemetery where Franklin was laid to rest, and he apologized for touching Grande inappropriately. “It would never be my intention to touch any woman’s breast. … I don’t know I guess I put my arm around her,” Ellis said. “Maybe I crossed the border, maybe I was too friendly or familiar but again, I apologize.”

Who are you touching inappropriately? It might be your daughter, your son, your co-worker, your employees, your customers, your neighbours, your students….the list is endless. Take a bold and intentional step to cut off this conscious or unconscious act and you may even go further to apologize. It is not a mark of weakness, rather it is a mark of honour and self-discipline. Set healthy boundaries.

You don’t get to determine whether you are touching people inappropriately or not, they do! We need sincere feedbacks, renewed commitment, and constant re-examination to ensure that our touches are not becoming abhorring and abusive. When we don’t give proper attention to how our touches are going off the limits, they can go from the most ‘Midas’ to the most abhorring.

To force a dating partner to go beyond these boundaries is never an act of love but rather a sign of perpetual abuse, and this portends great danger for the future of any relationship. You cannot respect someone if you cannot respect their boundaries. There must always be something that is forbidden in a healthy relationship, and it is good to know that the decision not to have your partner touch you in forbidden places may mean the end of the relationship, but the decision is worthwhile.

Touching people inappropriately is a sign of gross disrespect, and an anti-social vice. We are all guilty of this familiarity excesses, it is just the depth that differs. We must all audit our ‘touch history’ to see where we may have gone off tangent.

We may need others around to hold us accountable. We must consciously map out the direction of our hands when reaching out to others. We must hold ourselves to a high standard and discipline our overzealous hands whenever we are around people, especially those of the opposite sex.

QUOTE OF THE WEEK: “Your ‘anointing’ is not a free ticket to touch people anyhow, anywhere and at any time”- Gbenga Adebambo