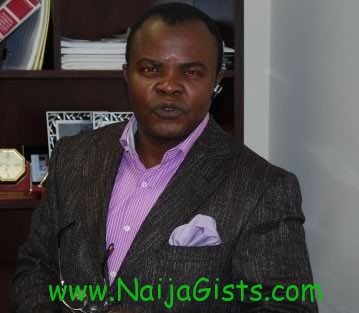 On the 1st of December 2011, is the schedule date for court ruling on the bail application brought by Emeka Ephraim Ugwuonye, a United States of America-based lawyer who was arraigned by the EFCC, on a 2-count charge of fraudulently converting  the sum of $94,948 belonging to Mr. Sola Adeeyo.

Vitalis Ahaotu, counsel to EFCC, told the court not to grant bail to the accused person as he was likely to jump bail.

He said the accused person possesses both American and Nigerian passports and so could run away  if granted bail.

He also told the court to refuse bail for the accused person as he was likely to interfere with further investigation and intimidate witnesses based on his connections and capacity.

He said the accused has the capacity as a lawyer to also defraud unsuspecting victims as he has a criminal antecedent.

The accused is currently facing two separate cases of criminal offence at both the FCT High Court and the Federal High Court, Abuja.

EFCC counsel also canvassed that should the court be disposed to granting bail to the accused person, it will be in the interest of justice to order the accused to submit both his American and Nigerian passports to the court.

He also told the court that the accused has refused to submit his passport to the EFCC for sighting even though it forms part of the proof of evidence.

He further told the court to dismiss the bail application of the accused as it lacks merit, and that it has failed to place sufficient material before the court.

However, counsel to Ugwuonye, Bamidele Aturu, asked the court to grant bail to his client as the offence for which he was arraigned was bailable.

He told the court that the accused has been granted bail in the charges  preferred against him by the EFCC before two other courts.

He said the accused would not jump bail but will make himself available for trial.

After listening to the submission of both prosecution and defence counsel, Justice Balogun ordered the counsel to submit to the court the conditions in which he got bail in the two other cases.

Justice Balogun adjourned proceedings till 1 December, 2011 while ordering that the accused be remanded in EFCC custody.

The charge against the defendant reads:

The Case Against Emeka Ugwuonye:
“That you Emeka Ephraim Ugwuonye sometime in the year 2007 at Lagos within the jurisdiction of the High Court of Lagos State being entrusted with the sum of $94,948 property of Sola Adeeyo with intent to defraud, converted the said sum to your personal use, which use was not authorised by Sola Adeeyo and thereby committed an offence.”

Whaoo this man get liver oooooooo.

Continue Reading
You may also like...
Related Topics:case, efcc, emeka, ephraim, lawyer, nigerian, ugwuonye, us based