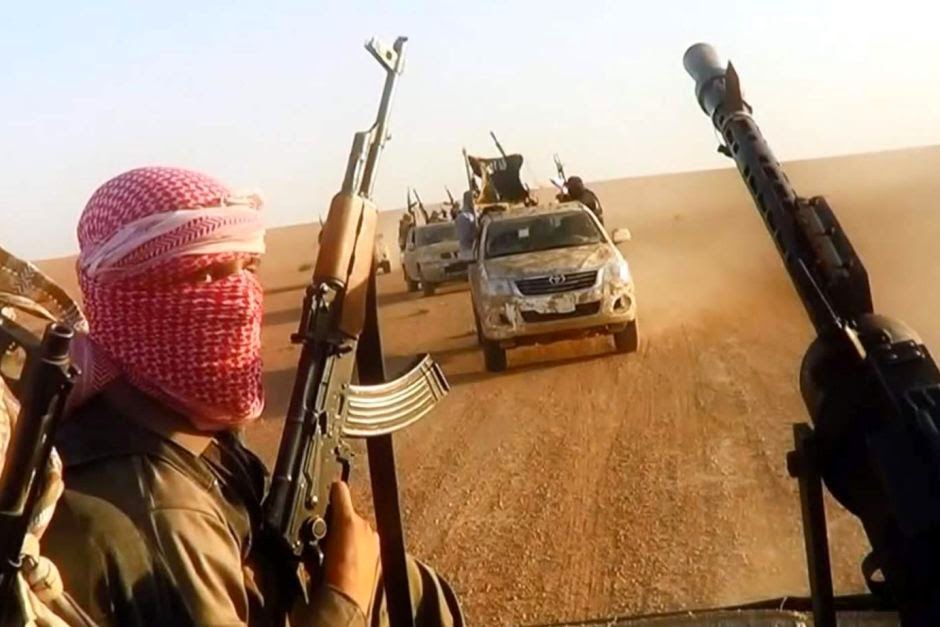 August 21, 2014 – American Journalist Beheaded: Why Is Obama Soft On ISIS Terrorists In Iraq By Perry Brimah

It beats the imagination when US policies flip-flop dangerously and towards global dangerosity. The US is clearly soft on ISIS. Obama only reluctantly initiated “limited strikes” on ISIS with few jets sent to “halt the advance” of the terrorists, “protect stranded Yazidi’s” and “protect US interests.” That was pretty much it. What happened to US no terrorist rhetoric? What happened to US non tolerance to the likes of Saddam Hussein and to Moammar Gaddafi? Why is the US suddenly so sympathetic to the cause of ISIS and eager to permit their existence?

Why is the US not targeting the top command and control centers of ISIS? Today in the news, the identity of the ISIS British accented member who slaughtered an American journalist was the headlines. What does his identity matter? We know the identity of the killer of the America journalist. It is ISIS. It is the leadership of ISIS that authorized his killing. The US should go after the command centers of ISIS.

The world is frankly tired of the tolerance of terror. We the people are tired of the systematic arming of terrorists and permission of terror to cause chaos in erstwhile peaceful zones in the world. We are tired of the use of “kid gloves” against dangerous, real evolving terror. ISIS should be crushed now. Some US media including the New York Times are pleasantly, deceitfully referring to ISIS as “Sunni Militants.” This is an insult to many who regard themselves as “Sunni” worldwide and an encouragement of terrorists.

The world needs a new direction in leadership, a new world order where conscientious truth and justice trump over deadly personal interests and advantages.

ISIS is a dangerous aberration and existential threat. It must be crushed and crushed now. It is time to bomb their control centers and military formations. Troops on the ground are not required for this and such excuse by the US does not float. Iraqi troops and volunteers will do the rest. Where are the hawks who set-up around poor Libya and dropped 50,000 sorties to get Africa’s poor Gaddafi out of power? Where is NATO? Where is the UN? Where is Qatar and Kuwait?

25 thoughts on “American Journalist Beheaded: Why Is Obama Soft On ISIS Terrorists In Iraq”