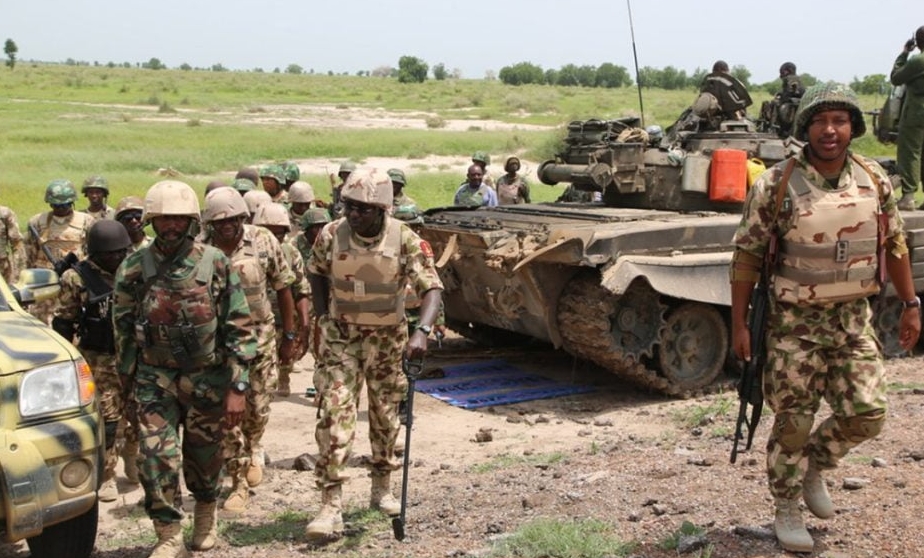 The Nigerian Army under the umbrella of Operation Hadin Kai have bombed a convoy of Abubakar Sarki, a Commander of Boko Haram in Sambisa forest, killing scores of terrorists who were with him.

According to sources, the offensive was coordinated by the General Officer Commanding 7 Division, Nigerian Army and Commander Sector 1 North East Operation Hadin Kai (OPHK), Maj Gen Waidi Shaibu on Saturday May 14 2022, at Yuwe location, within the Konduga Local Government Area of Borno State.

The Army was said to have deployed a massive artillery gun after sighting 8 moving convoys conveying Abubakar Sarki and unconfirmed numbers of fighters in devastating hits.

The source said that based on intelligence information, Abubakar Sarki and his team were heading toward Abu-Ubaida’s camp to engage its rival fighters from the Islamic State of the West African Province (ISWAP), in a battle of supremacy.

“A ground assessment confirmed that 3 guntrucks with all its occupants were completely destroyed, while the remaining 5 vehicles including Abubakar Sarki escaped” the source said.

The source added that the terrorists, however, aborted the mission and evacuated the dead and wounded fighters towards the axis between Pulka and Banki.

The sources said that the troops were mandated to go after the fleeing terrorists and eliminate them completely.

The infighting between the two terrorists groups had intensified with the ISWAP hunting Boko Haram during the day time while the Boko Haram are coordinating reprisal attacks at night because of their knowledge of the terrain.