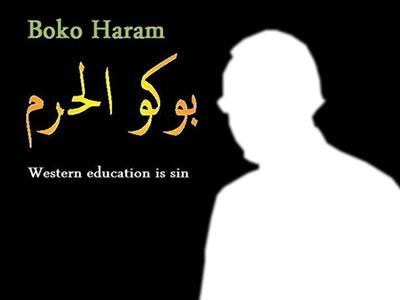 April 2nd, 2012 – An Open Letter To Boko Haram and Their Sponsors – Enough Of Bloodshed, War Is Looming

Below is a serious letter to Boko Haram by a man named Obinna Akukwe. Obinna as well as most Nigerians today are concerned about the evil entity called Boko Haram and their financiers in Nigeria today. naijagists.com

Boko Haram, How are you?. I know you are listening because very many in your ranks are highly educated and intelligent. I mean the Pro-Sharia Boko Haram and the Al-Qaeda Boko Haram. The PDP Boko Haram will wait for another day. I am constrained to speak to you as a Nigerian, from the South East, a Christian and Clergy.

Every problem on this earth is resolvable if the parties are ready to be reasonable and your grievances cannot be an exception. The wastage of lives occasioned by the Nigerian civil war would have been avoided if reason was preferred to conflicts. Nigeria is still suffering the consequences of that bloodshed till today. I know that you originated as a peaceful sect, practicing your religious ideology in relative peace and obscurity.

I know that your frustrations with the system then were ideological- you abhor western education and its effect on the tenets of Islam. Your frustration was that your elites were using the benefits of western education to perpetually turn the rest of your people into slaves. I know that it was a former governor who lured you out of your peaceful co-existence, armed you and used you to subdue his political opponents.

This governor promised you incorporation in his government and armed you to fight political battles. This same man used you to checkmate the ruling party and abandoned you after you secured electoral victory for him. Out of anger and bitterness you decided to react against the state and later the security apparatus and innocent people.

Boko Haram , you have killed enough. The whole world has heard your grievances-that western education is sin, but they do not know how you came about the conclusions. The level of poverty, disease, illiteracy and underdevelopment in the north was your initial reason for accusing your leaders of using the privileges of western education to oppress the rest. Therefore you formed the erroneous impression that once a section of the north is Islamized every socio-economic problem would be over.

Boko Haram, I would like you to know that western education is not evil . The rapid development of the southern parts of the country is due to the embrace the people gave to western education and ideals. The underdevelopment of your region is because your elites used the benefits and privileges of western education to exploit and oppress your people. Countries like Saudi Arabia, United Arab Emirates, Kuwait, Iran, Malaysia., Turkey, and Egypt among numerous others are Muslim nations who converted the benefits of western education to high standards of living. Therefore if it failed in the north of Nigeria then the problem is not western education but your elites. Your northern elites control the oil industry, oil block industry and bunkering industry in Nigeria. This industry nets above $10 billion dollars annually yet they cannot invest their lion share on your people.

Your problem is not the defenseless Christian, neither is your problem the Southerner. Your problem is equally not fellow Muslim who is yet to accept the extremism of your beliefs. Boko Haram, you are fighting the wrong battle. You are not fighting those responsible for your problem. You are fighting innocent Nigerians already under the yoke of poverty, diseases, insecurity and hopelessness. Boko Haram, spare the Nigerian masses the bombings, killings and atrocities.
Drums of war are already beating. Ethnic nationalities are already gearing for confrontations if the situation persists. MEND, MASSOB, OPC and even Christian Association of Nigeria are eagerly awaiting the reactions of the government of the day before they decide on the next line of actions in consultations with their ethnic leaders.

They are no more willing to allow their people or religious faithful to be slaughtered under any excuse. In the event of full blown confrontation you cannot predict the outcome and you cannot predict the extent of damage. I have been in touch with different groups restless at the developing mayhem and nobody is smiling. If the killings do not stop, people will bypass this Federal Government and take actions to protect their people. Nobody has monopoly of arms and even I will not hesitate to carry arms to defend my own people.

Christians and Southerners have refused to engage in reprisal attacks in order not to follow a mad man to dance naked on the streets. However strategies for counter attacks have been drawn and when it starts even the most indifferent will be forced to participate.
Boko Haram, are you still sure that Allah asked you to kill innocent people. The leader of the Islamic community in Nigeria, Sultan Abubakar Saad has already denounced your excesses as unislamic. The Emir of Kano, Ado Bayero wept at the atrocities you committed in Kano. The Muslim Ulamas have denounced your excesses as anti-Quran. Your battles have lost both followership and focus. Everybody is now your enemy, Christian, Southerner and Conservative Muslim. You now kill anybody, including children even in the market places.

Boko Haram, just as I predicted in earlier piece ‘Nigerian Politicians, Thuggery and Boko Haram’, you have now veered into armed robbery as means of executing Jihad. Soon kidnapping and pipeline vandalizations will follow. These are the consequences of uncontrolled arms in the hand of unregimented people. These are not the ideals of Alhaji Yusuf., your late leader. You now discriminate between Kogi Boko Haram, Kanuri Boko Haram and Hausa Fulani Boko Haram. The discrimination you once condemned as the Nigerian problem has crept into your organization

Boko Haram , I want to tell you that your leaders will soon be betrayed by your PDP sponsors. Once President Goodluck makes some political concessions to these PDP party men, they will sell you and reveal all your hiding places and you will be left alone. They were never interested in your Shari a, they just used you to checkmate President Goodluck. The best time to call off all these hostilities is now.

I therefore advise you to toe the line of dialogue now. Appoint opinion leaders from the north who will seek peace with the Nigerian State on your behalf. Let their demands include;

(1) Amnesty after proper reorientation and psychological reconstruction of your detained members to avoid future acts inimical to the Nigerian State.
(2) Assisting your members with vocational and professional trainings so that they can be useful to the society
(3) Massive investment in education and literacy in the north by a three tier collaborative efforts of federal, state and local governments in the affected states.
(4) Trial of former public office holders in your region especially your governors who embezzled funds meant for the development of the region and retrieving of the stolen funds for the development of the region.
(5) Entrenchment of proper electoral integrity to ensure that politicians in your region do not hoist unpopular candidates on the masses.

On your part you have to accept a cessation of all violent activities and liaise with sincere northern leaders to draw a roadmap for the rapid development of the region. A word is enough for the wise.(By Obinna Akukwe)