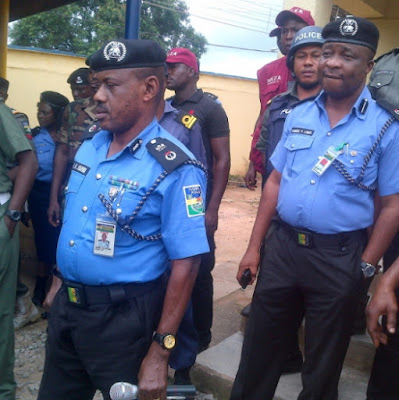 May 11, 2016 – Anambra State City Councillor Arrested For Murder Of Nephew..Chidiebere Onyema In Police Net For Beating Boy To Death Over Stolen Phones

A city councillor in Anambra state has been arrested for killing his nephew.

The deceased died while he was being rushed to the hospital on May 6 after receiving severe beating from the councillor on the day of the incident.

The mother of the deceased, Gloria Onyema said the suspect came to her house in the early hours of May 6, demanding to see the deceased.

“After the day’s business, I and my husband returned back home later in the day and was told by Nnanyere’s younger brother, Tochukwu that Chidiebere had been beating Nnanyere.
“When I went to look for Nnanyere, I saw him at Chidiebere’s flat lying helplessly on the ground with severe wounds.

“When I inquired the reason for the beating, I was told that my son stole Chidiebere’s mother’s and sister’s cell phones.
“I pleaded to pay back the cost of the phones which Chidiebere said was N35, 000.
“I offered to bring N20, 000 part payment for my son to be released to me so that I can take him to hospital for treatment.

“On getting to Immaculate Hospital, Umunze for treatment, he was confirmed dead by the doctor on duty,’’ she said.

Mr Jude Umunna, an uncle to late Nnanyere Onyema said the murder act is an abomination.

2 Nigerians On Death Row For Execution In Indonesia Over Drug Trafficking
Photo: Black Axe Cultists Attack 4 In Anambra For Refusing To Be Initiated