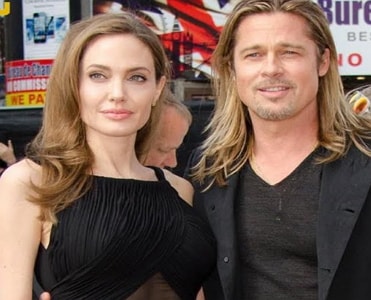 On Tuesday the 7th of August, 2018, the legal drama between ex-couple Angelina Jolie and Brad Pitt got to a new height after the couple exposed each other in a court filing.

In a court paper filed by Angelina Jolie’s lawyer, Dejean Bley on Tuesday, Brad Pitt was asked to assist Jolie with the expense of a new home for their six children but he instead loaned Angelina Jolie $8million  for which he is charging interest on a payment plan.

DeJean who said the actress will honour the term of the loan slammed Brad Pitt for stating in a court filing that he paid over $1.3million in child support for the actress and their 6 children.

Jolie through her lawyer accused Pitt of trying to manipulate the media by releasing misleading information.

Here is what Jolie’s lawyer told PEOPLE Magazine in a statement:

“What has been filed by Brad’s side today is a blatant attempt to obfuscate the truth and distract from the fact that he has not fully met his legal obligations to support the children”. Following the incident of September 2016, Angelina and the children needed to move from the family home, which Brad chose to keep, including all of its contents .Pitt was asked to assist Jolie with the cost of her new home but instead loaned her $8million on a payment plan with interest.”