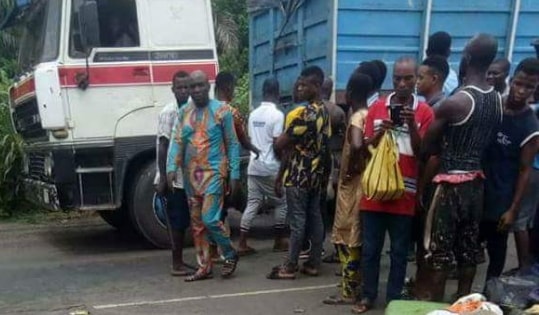 Meet the only survivor of a ghastly crash that claimed the lives of 16 people in Rivers state today. 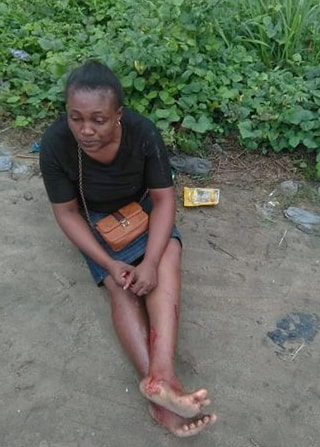 The driver of the ill-fated commercial bus belonging to Famous Motors was trying to overtake a truck when he collided with it on Choba bridge in Port Harcourt this morning. 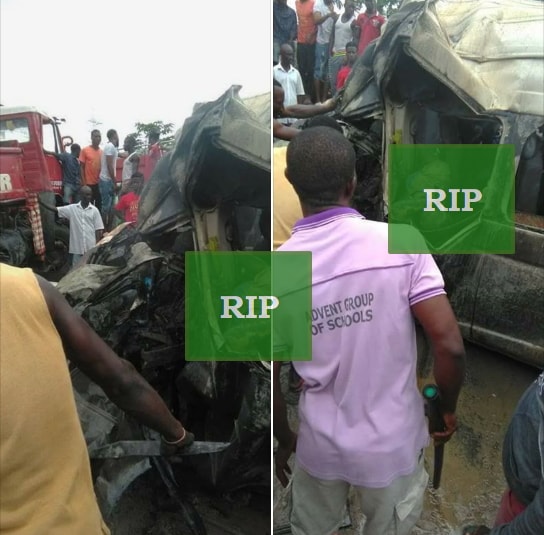 Although the woman is still yet to recover from the shock the gory crash caused her, she has been tagged the luckiest woman alive as she survived the tragedy with minor scratch.

The tragedy took place near the University of Port Harcourt in the early hours of the day after the truck went up in flame moment after colliding with the flatbed truck.

The hummer bus was taking passengers to Lagos state when the crash happened.

The corpses of the deceased had been transported to the University of Port Harcourt Teaching Hospital mortuary.