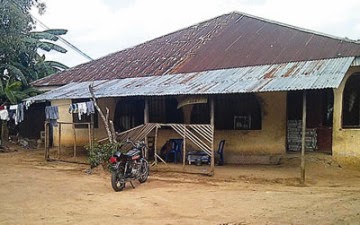 A very angry mother has killed her own son in Uyo LGA of Akwa Ibom State Nigeria.

The woman identified as Ita Okokon murdered her 15-year-old son, Isaac in Atai Obio Offot after a minor argument.

The 15-year-old Senior Secondary School II student was sad to have died on Friday when his mother allegedly threw a machete at him.

A neighbour who identified herself as Ekaette Effiong said that when Isaac’s mum beat him, he retaliated by pushing her to the ground.

“When Isaac hit his mother that hard, the woman felt humiliated. When she got up, she went inside the house and brought out the machete. She chased her son with the machete, but when she could not get him, she threw the machete at him, which cut through his body,” she said.

Effiong further said that neighbours and relatives and the mother rushed Isaac to a nearby hospital where he was pronounced dead.

The deceased’s mother was said to have fled the city when she found out her son has died.

“For now nobody has given us information about the whereabouts of the woman. We have sent in some detectives around the area to look for possible clues that can lead to the arrest of the woman.”