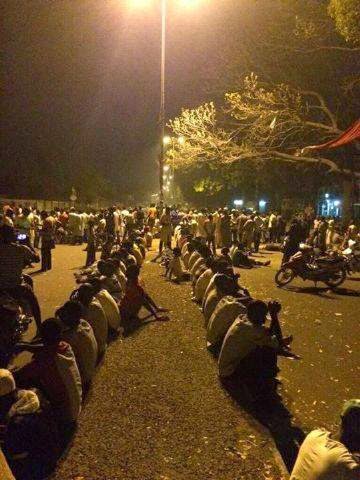 Bauchi State police command has confirmed the death of a 38 year old man who slumped and died on a queue at a polling unit in Bogoro Local Government Area of Bauchi State.

Police Public Relations Officer (PPRO), Bauchi state command, DSP Haruna Mohammed, said the incident happened on Saturday while the man was waiting to be accredited for the governorship election.

“Police patrol team attached to Bogoro division visited the scene and rushed the victim to the General Hospital Bogoro for treatment where he was later certified dead by a medical doctor.”

Mohammed said that the corpse of the deceases was deposited at the Motuary for postmortem examination.

The PPRO added that “meanwhile, no mark of violence and no foul play suspected. Investigation is in progress.”

It will be recalled that angry youths in Bogoro, Bogoro Local Government Area of the State allegedly beat a councillor from Gizaki/Badagari Ward, Mr. Musa Daniel, to death during Saturday’s elections.

The Chairperson of the Caretaker Committee of Bogoro LGA, Mrs. Hassana Arkila, broke the news to newsmen shortly after casting her vote on Saturday.

Continue Reading
You may also like...
Related Topics:bauchi, dead, voter