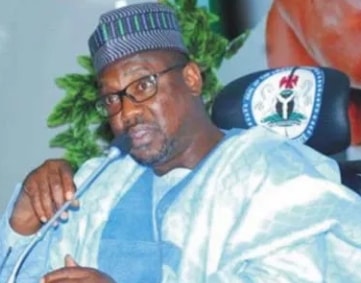 The State Police commissioner, Dibal Yakadi who confirmed the arrest of the six suspects in Minna on Wednesday said they will soon be charged to court to serve as a deterrent to others.

He added that investigation in ongoing to identify and arrest their sponsors.

Sani Bello was stoned when he went to assess the damage done to Old Bida market which was set ablaze by arsonists on March 1st and sympathise with the victims.

However as he was leaving the venue, some youths booed him and threw stone at his official vehicle.