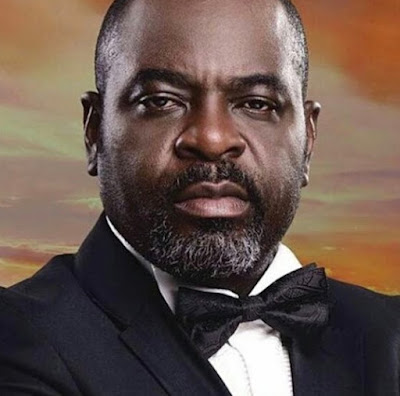 Popular actor Funsho Adeolu who relocated to Ikorodu about 12 years ago with his family said since the case of Badoo terror group started, he always nursed fears about his family’s safety.

“If I say I am not scared of them I would be lying but I know that God is in control. Anywhere in the world, people face terrors. People in the north faced worse situations than this but God kept some people while others had to flee.

I am praying that God would be in control of everything but to say that I am not afraid, that would be a lie. It is just for us to beg the government to beef up security in Ikorodu and do something about these boys.

It is not something that they cannot handle because Ikorodu used to be a very peaceful place. This is the 21st century and such barbaric acts should be frowned at.

“I have been living in Ikorodu for about 12 years now and since then, I have never encountered anything like this Badoo cult group.

I would not say that their activities have not affected me because anytime I leave my family to go and work, I always nurse this little fear over their safety but I believe that God is protecting them.

“The jungle justice people are resorting to is not a good thing but you cannot blame them. It is a pointer that the government should do something because if they don’t, these boys could harm anybody.

A person could lose their entire family members and if that happens, he could resort into doing anything. It is very important that anyone who is coming to Ikorodu should do that during the day. Once it is night time, stay in your houses.

I do not support jungle justice because while they do that, innocent people could lose their lives as well.

I am not praying for anything to happen to my family or anyone but those that have been attacked by this dreaded cult group probably lost all their family and it is so sad.

This would make anyone bitter and resort to jungle justice and it would be difficult to stop them unless the government swings into action”.