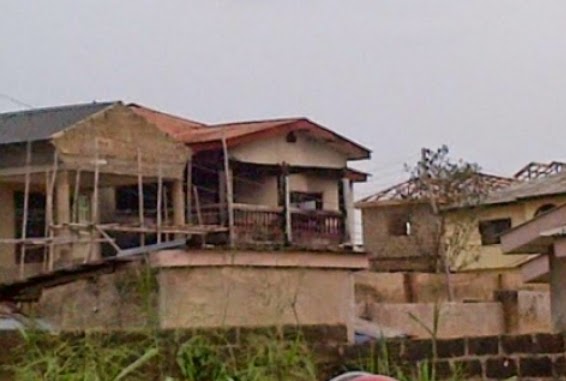 Within 2 weeks after the discovery of the forest of horror in Soka, Ibadan, Oyo State, a similar forest has been discovered — this time in Adigbe area of Abeokuta, Ogun State.

A source in Adigbe told SaharaReporters on the phone that an abducted pregnant woman, who inexplicably made her way out of the forest where she had been held captive, triggered the discovery.

The woman then alerted members of the Oodua Peoples Congress (OPC), who in turn alerted the Police.

The Police are currently combing the neighbourhood.

“Policemen are currently in the neighbourhood and there is a crowd already”, the source said”, promising to supply updates as soon as the situation becomes clearer and the scale of the crime going on in the forest is established.

Sources from Adigbe has confirmed that the leader of the gang running the horror house, which is located inside SOAS Estate, escaped arrest after he was shot but the bullets proved ineffective.

Materials recovered from the house after a raid include a calabash containing blood, lots of used clothes (most of which belonged to ladies) and many identity cards of students of tertiary institutions.

The materials were retrieved when the Police took charge of the building and began firing canisters of tear gas to disperse the mob that had already gathered and had set a portion of the house on fire.

“I went close to the area just now. A part of the house has been burnt”, the source said.

“Most of the ID cards found are those of students of Moshood Abiola Polytechnic, Abeokuta. The Police made a number of arrests, but the arrowhead escaped. We were told that even though he was shot, he was unhurt until he eventually disappeared”.