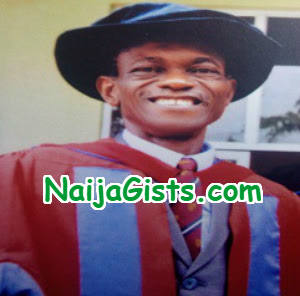 Gunmen suspected to be kidnappers have abducted another lecturer of the University of Port Harcourt.

The victim identified as Professor John Okoli, the director of Offshore Technology Institute of the faculty of Engineering was kidnapped on Tuesday shortly after he left the institution for his home in Port Harcourt.

Last week, Dr Reginald Ohiri of the Department of Biochemistry was kidnapped and released few days later because he was the wrong target.

Rivers State Police officials are currently on the move to arrest the kidnappers and free Prof Okoli.