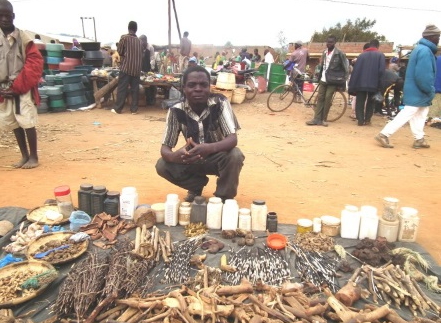 An innocent 13-year-old boy identified as Obumuneme Oluka has died while being used as a guinea pig to test the effectiveness of a bullet proof charm given to a man by an herbalist.

A statement by the Police Public Relations Officer (PPRO), Enugu State Police command, Ebere Amaraizu, a Superintendent of Police (SP), explained that on the fateful day of August 5, 2016 at Amagu Uwani Mgboko Aku of Etiti, one Ekene Oluka, said to be about 26 years old of same kindred with the deceased, had beckoned on the late boy, whom he allegedly used in testing of his gun charms prepared for him by a herbalist for protection.

It was further gathered that the suspect had earlier tested a gun and cutlass on the deceased which allegedly worked for him; but as he tried to test that of an empty bottle on the deceased, the bottle broke and caused severe injury on the head of the boy which allegedly left him unconscious and was confirmed death on arrival when he was rushed to the hospital for medical attention.