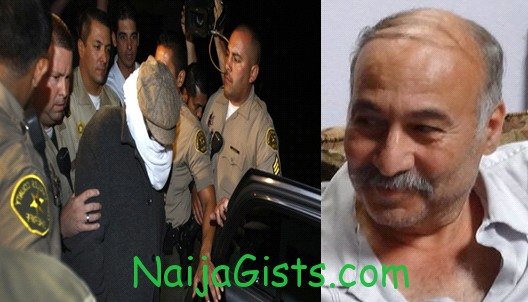 Nakoula Basseley Nakoula, the maker of the anti-Islam video, Innocence of Muslim that sparked violent riots across the Muslim world has been arrested in Los Angeles, California. naijagists.com

55-year-old, Nakoula Basseley Nakoula was a flight risk and cited a pattern of deception – A Judge said.

The anti-Islam video maker was investigated for violating his probation terms after his release from Prison last year.

Under the terms of his probation, Nakoula who was the producer of the 14-minutes trailer for Innocence of Muslims video, was banned from using the internet without an officer’s permission which he violated.

He has been taken into custody since Thursday.