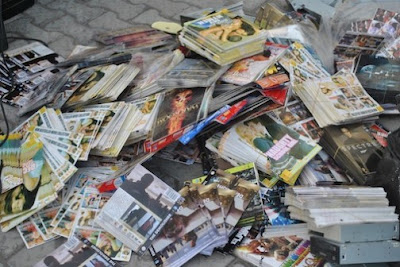 He was thereafter arrested by the police and transferred to the Commission for further investigation.

During the operation, NCC discovered different pirated cinematography works, and duplicating machines that were used to illegally reproduce the works of several right owners.

The anti-piracy operation was conducted by the enforcement officers of the commission, and a team of policemen which led to the arrest of two suspects.

See photos of items recovered from the suspects 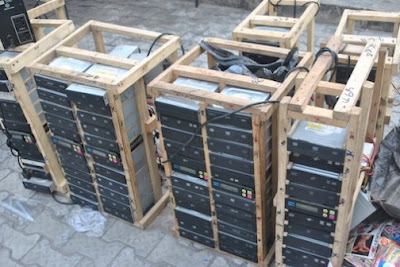 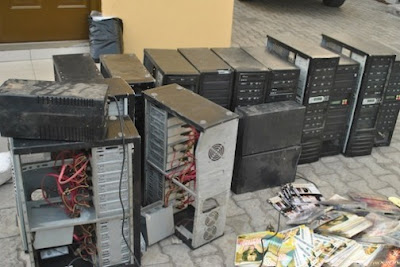 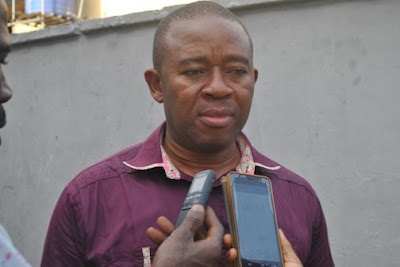 Pictured above is NCC Manager Barrister Obi Ezeilo addressing journalists after the raid.