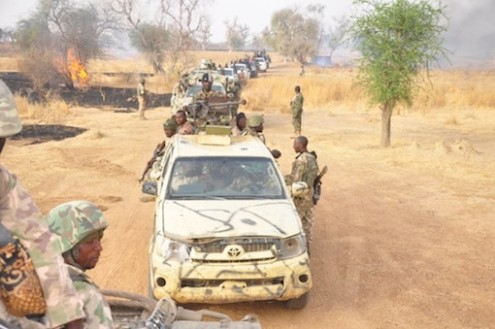 The Armoured Personnel Carrier Boko Haram stole from the military yard in Buni Yadi on July 9 2015 has been recovered.

The APC found abandoned near Golgore River line has since been evacuated.

The troops also burn down Boko Haram camps in Bulasari and Golgore before opening fire on the terrorists.

One soldier sustained gunshot wound during the operation carried out yesterday.

The injured soldier has been taken to Damaturu General Hospital for treatment. 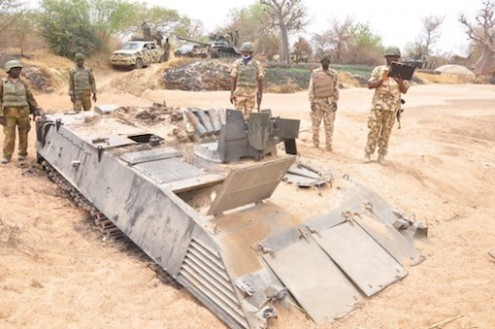 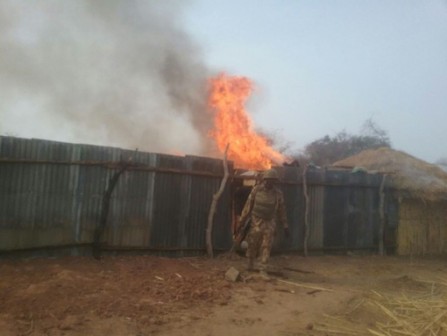 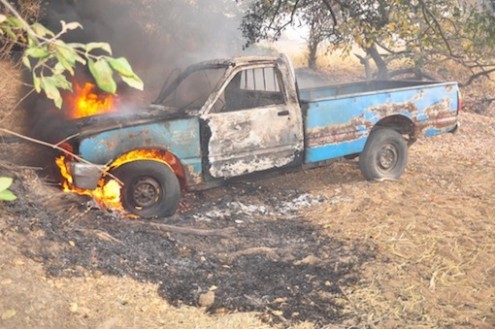