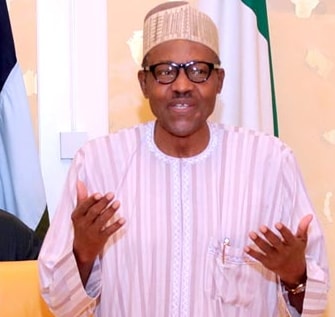 Whatever its surface dissembling and false display of calmness at this time when members are jumping off its distressed ship, the underneath reality is that there is a burning hell in the belly of the ruling All People’s Congress (APC). From the time this Special Project Platform masquerading as a political party took the scepter of power, its members, especially the disparate blocs that contributed to its electoral victory, have been locking horns with respect to how to share the booties of political posts, influence, and of course create an island of plenty for themselves.

Like troubled reeds in an inclement weather, the fissiparous tendencies on this platform of largely self-concerned individuals and groups have been swaying troublingly back and forth. But rather than engaging firmly, creatively and wisely with the tempest of disaffection, disunity, inequity, and indiscipline among its rank and file, the APC apparatchik chooses an unviable strategy – denialism. It papers over the gaping cracks in its fold and lies instinctively to itself – as it comfortably does when confronted with evidence of its inexpert handling of statecraft – that it is doing just fine and has got what it takes to move the earth from its orbit. If denialism has not helped the APC in the last three years of avoidable wrangling and nebulous sense of mission, it is clearly doubtful at this juncture when some of its rightly aggrieved members are crossing into other Special Purpose Platforms that this strategy will salvage it now.

Assuming it can still reach deep down into its inner core, the present tempest of defection the APC is confronting as 2019 draws near provides it a good chance to reflect on where the rain began to wet it. If it does give itself to that soul searching, it will be plainly clear to it that equity, justice, and egalitarianism have not been its organizing principles. That soul-searching will reveal to it that it has not cultivated a culture of doing right by all the unrelated inhabitants of its universe. If this “party” searches itself well, it will be deeply mortified to learn that it has not instituted a credible mechanism through which it can sensibly manage disagreement, dissent, criticism, and unorthodoxy; in the same way that it lacks coherent, practicable framework for the management of the Nigerian state. Indeed, if the APC examines itself critically, it will appreciate the factum that President Muhammadu Buhari, more than anyone in its leadership circle, has done more harm than adding positive values to the “party” by his standoffish, divisive, and indifferent stance.

If the APC is honest with itself, it will find it much easier to understand that those who have severed themselves from its company and those bidding their time to find the exit are neither the troublers of its peace, nor are they the corrupt elements whining because the national cookie jars are out of their reach. Pray, are there some people in the APC asking the pertinent question: What are we not doing right? However, because it lacks the grace for periodic introspection (as is, among others, evident in President Buhari’s unwillingness to retool and reshuffle his cabinet and rejig the national security apparatuses in the wake of ballooning bubble of insecurity around the country), the APC and the government it runs feel comfortable with flying the kite of denialism in the sky of any challenges they face.

The varied responses of the moralizing President Buhari, the new inflammable chairman, Adams Oshiomhole, and the voluble governmental megaphone, Lai Mohammed, to the defection of some lawmakers and governors stand out as the unmistakable markers of a “party” not only deeply inured to the unhelpful culture of denialism, but one that has conclusively, albeit wrongly, made up its mind on how to address its lingering problems.

Very conveniently, the president elected to see the defection as one which does not impugn his leadership credential and went on to pledge his commitment to the same democratic principles that the APC stands with other Special Project Platforms like the People’s Democratic Party in subverting at every drop of a hat. For the pugnacious chairman, once the defectors pointed out to him that the olive branch being extended to them was wrinkled, he felt expressly free to label them as the tares of corruption separating from the wheats of probity and saintliness that his flailing “party” represents. Similarly, the swashbuckling minster of information exhaled that the defection was the mighty hand of God at work. As a matter of fact, this trio and many more of their excitable followers construe of the defection as divine intervention, that is God miraculously doing for them what they have no capacity to do.

And this is very consistent with how the APC, its government, and indeed many a Nigerian politician respond to the manifold problems of both their “parties” and the country – they simply look to heaven for solutions to problems that are within human capacity to address. For them, the organization of society and human development, in spite of evidence to the contrary, can only be done by God. When the APC gets it wrong as it does with its internal affairs and governance of the country, it blames those who nudge it to be responsible and appeals to God for solution. When it is not expecting the hands of God to solve problems it has allowed to fester, the “party” simply avoids coming to terms with the realities of its errors by floating strange narratives.

As uncomfortable as it may sound to its ears and its supporters and admirers, the point has to be made that the APC is not the competent physician that will restore Nigeria in all its critical joints to wellness. With it entrenched unwillingness to understand problems – be they those of the economy, insecurity, restructuring, party organization, et cetera – the ruling party has demonstrated its unsuitability for the mentally-taxing task of procuring the requisite panaceas for Nigeria’s assorted aches of Byzantine complexity. Of a truth, that it favours denialism as a mechanism of response to any and every blustery weather of trouble is yet another evidence that it shares the same vital organs, like a pair of conjoined twins, with the PDP it derides and blames for all things wrong under the Nigerian heaven. It should remember that the virus of denialism was part of what unhorsed its doppelganger – PDP.

Let the APC come to terms with the uncomfortable fact that from the day one of its ascension to power, it has not instituted a culture of fairness and inclusiveness as an operating principle in its group. Defection cannot be its own explanation. Not even the character of the bedraggled party the defectors align with explains this defection. To make sense of the exodus, the APC needs to accord meaningful, critical attention to its favoured principles of operation. More, to understand why many Nigerians consistently consider it incompetent, fraudulent, and visionless, the ruling “party” needs to reexamine how reflective of undiluted reality are the narratives of excellent performances it pens for itself and encourages unquestioning enthusiasts to bruit about. The APC may go on to win big in the next general elections, but that will not be a testimony to it being a true political party guided and nurtured by the democratic ethos of inclusiveness, fairness, rule of law, and healthy disagreement.

So, let the APC admit to itself that it is hurting badly and let it seek the right healing unguent after a correct diagnosis of the cause of its woes. Its salvation does not inhere in denialism, or weaving an uninspiring tale of corruption around its exiting members and their new party of sojourn. And more importantly, let the electorate decide whether they are comfortable with “parties” which cannot manage their mini-plural universes or they want those which, in addition to being able to groom their parties astutely, can effectively cumulate the longings of the larger Nigerian multi-ethnic state through a workable governance framework that engenders peace, justice, and progress for all.

Adesola writes from the University of Manitoba, Canada.

Continue Reading
You may also like...
Related Topics:apc, Buhari

The Day A Dino Climbs The Tree Like A Monkey In Abuja
Jubilation Over Political Tactic Of Mass Defection Is Worthless. Here Is How Nigerians Can Make Right Choices In 2019