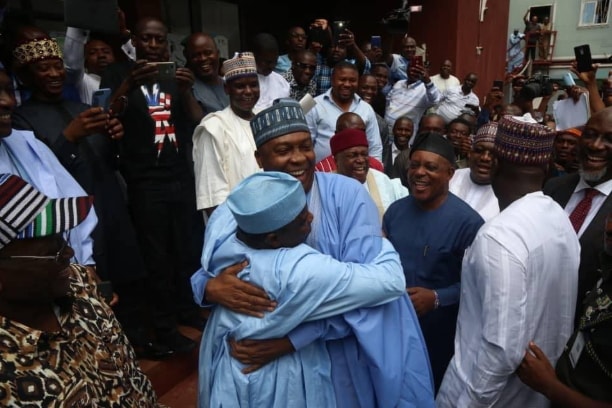 Jubilation Over Political Tactic Of Mass Defection Is Worthless..Here Is How Nigerians Can Make Right Choices In 2019 Election

The defections from the ruling All Progressives Congress (APC) to the Peoples Democratic Party in the National Assembly as well as some states of the federation has left the masses confused given that some of the excuses given were part of, if not all the excuses supplied in 2014 when the struggle to wrest power from the then ruling PDP was considered ‘imperative’ by some of the current defectors.

An average politician has the desire to gain the control of government as the primary aim whether for truly bettering the lots of the citizens or their selfish interests. However, inability of the citizens to determine from a number of politicians those whose aims can also accommodate the alleviation of their suffering sometimes predisposes them to wrong choices that can further make them vulnerable.

I see the following tips as useful to arming the populace with the discernment needed to make right choices in the 2019 elections:

First, the current mass defections could further worsen the North-South divide given the fear of the northern hegemony that could arise in the event of PDP victory in 2019. The reason being that a northerner is likely to be PDP presidential flag bearer next year. By implication, the informal arrangement of power rotation between the North and the South will be defeated, especially if the PDP candidate further records success in the 2023 presidential election. Given that scenario, southerners will be the real losers should they join the defection bandwagon as the much desired apex political office will be occupied by their northern counterparts for 12 years at a stretch.

In the circumstance, it would seem wiser for them to either remain in APC to support the re-election bid of the current president or insist on featuring a candidate of southern extraction by PDP – a wish that may not see the light of the day considering the current degree of desperation to counter the current president with his kinsman.

Again, however right defection is defined, the public should understand that defectors are usually found wanting in virtues such as direction, patience and accountability for a virtuous mind maintains constancy regardless of the challenges threatening their survival.

The case of the late sage, Chief Obafemi Awolowo, could be referenced here to support the weight of virtues on political association. The sage could possibly have dumped the Action Group for the ruling party in the First Republic with a view to escaping his trial over treason or gaining access to political spoils at the centre rather than the opposition role he chose to play. It is the lack of such virtues that creates a room for unsuitable elements to hobnob in our political space; hence the continued enthronement of incapable hands that cannot guarantee not only food but security of lives. It should be remembered that there was this kind of exodus movement prior to the 2015 general elections with the golden promises.

Jubilation over such political tactics as defection is worthless in the sense that such move further insults the public sensibilities by the elite who do appeal to the masses’ emotions in only their trying times rather than being genuinely concerned with the wanton killings and other plight of the masses in the country that could have been cited by them as the basis for defection.

About the author: George Oludare Ibikunle writes from Ibadan.

Continue Reading
You may also like...
Related Topics:defection, jubilation, mass

APC In False Display Of Calmness In The Face Of Dramatic Defections
Dinophobia: The Travail Of Ajeku Iya Crooner Dino Melaye