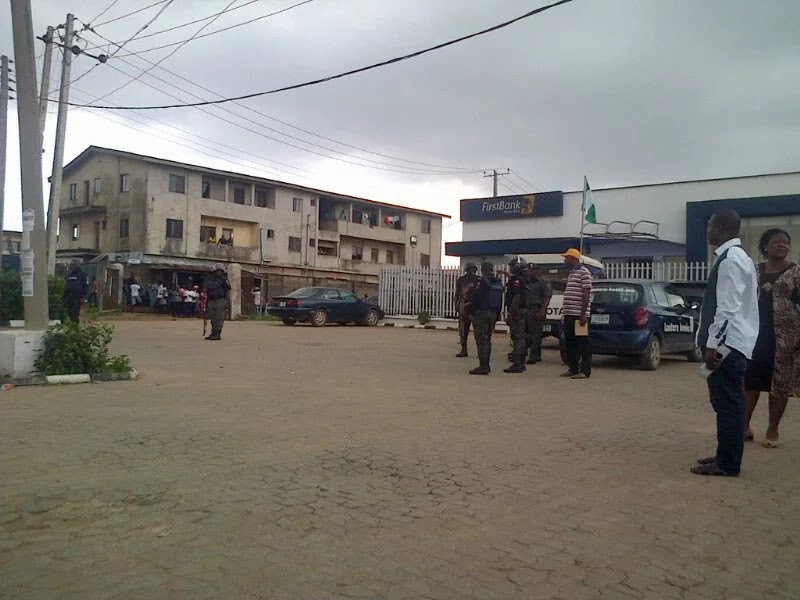 Hoodlums have turned Ikorodu area of Lagos to a money making center.

According to a SOS (Save Our Souls) message sent to Lagos Police Commissioner, Fatai Owoseni, bank customers in the area claimed that the hoodlums harrass them each time they go to withdraw money.

The most vulnerable area is the Benson bus-stop along Lagos Road, Ikorodu where many banks are located.

“Out of fear, you have to settle them. Each time I went to withdraw money, I always kept some in one of my pockets to settle the hoodlums.

“The worst scenario is that if you refused to settle, they would threaten to rob you. I have been a victim of the harassment on sev­eral occasions, I have also decided to withdraw money outside Ikorodu. The irony is that while harassing the customers, you will see men of the Area ‘N’ com­mand in their patrol vehicle watching as the hoodlums harass and molest their vic­tims.

“Almost all the banks are located in the area and the same harassment is what bank customers experience. Last Tuesday, a man who tried to challenge the hood­lums was beaten to a pulp. His money and other per­sonal belongings, includ­ing his handset were stolen. While he was being beaten, the police were watching. We were helpless because the boys were many.

“That is why I am appeal­ing to Mr. Owoseni to come to our rescue by deploying policemen to the bank.

“We thank him for bring­ing a section of the Spe­cial Anti-Robbery Squad (SARS) to Ikorodu. We are also happy with the devel­opment, against the spate of robbery attacks in the town in recent times,” he added.

May be the hoodlum are settling the policemen on duty too. I see no reason why they can’t intervene and chase the hoodlum away from the ATM users.