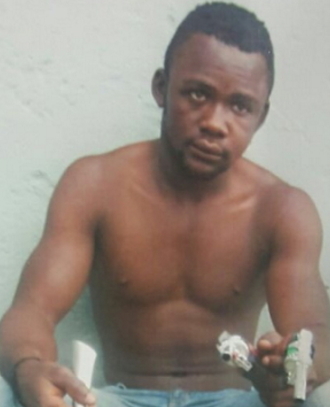 A native of Benue state who specialises in robbing innocent ladies in Lekki area of Lagos has been arrested.

The suspect identified as 27-year-old Sunday Onjefu was caught on Friday afternoon at Itedo bus stop in Lekki Phase 1 while attempting to snatch a lady’s bag. 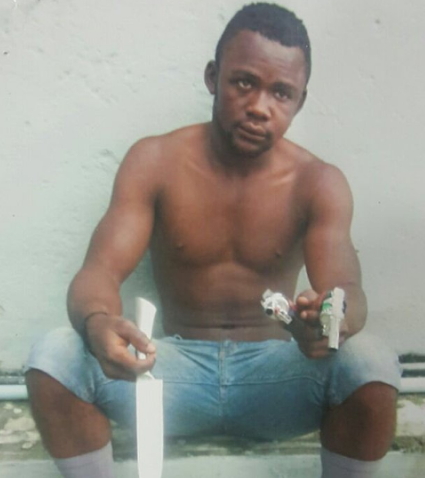 Policemen on patrol in the area at the time saw the suspect and swooped on him.

Upon his arrest, two toy pistols and a knife were found on him. The suspect confessed to have been using the toy pistols to dispossess innocent ladies around Lekki axis of their belongings.

He has been transferred to SARS office for further investigations.