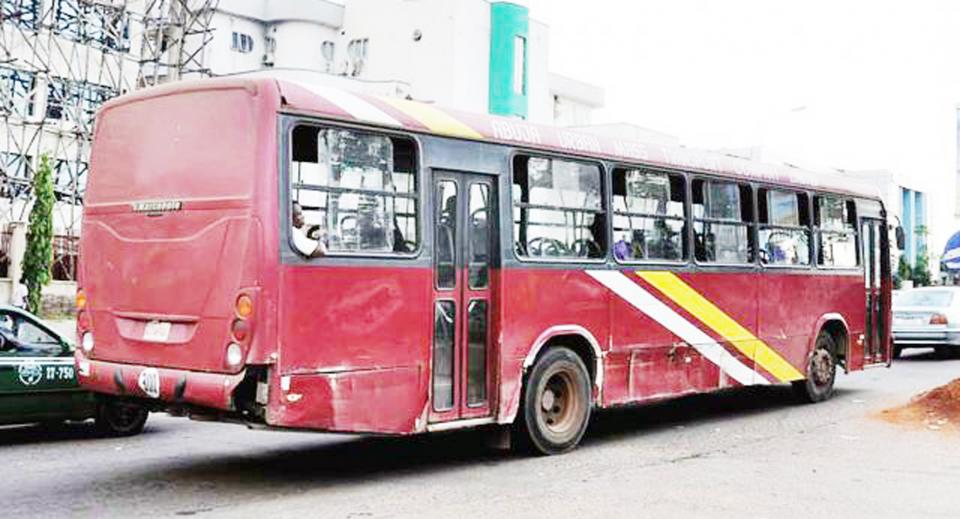 At least one police officer lost his life on Thursday night when a gang of robbers stormed the office of Abuja Urban Mass Transport Company (AUMTCO) in Katampe, along Kubwa Expressway.

Mr Tunde Akintola, the company’s Head of Marketing and Communication, told NAN on Friday in Abuja that the gang of five armed robbers was armed with guns and other dangerous weapons.

Akintola said that, aside from killing the police officer, they also inflicted different degrees of injuries on some members of staff.

“The unfortunate incident happened around 8:00 p.m. on Thursday night, when most staff members had closed for the day.

“We had a few administrative personnel doing skeletal duties, as well as security personnel around the office.

“The gang of about five robbers entered the company through the administrative gate and forced their way into the cash office, killing the policeman and injuring some other staff members in the process.”

Akintola said that the company had yet to ascertain the degree of loss suffered by the company as the matter was being investigated by the police.

He, however, said that the loss could be minimal as the company did not handle cash on a large scale.

“Maybe they thought that all our buses brought cash to the office at the end of each day; but that is not the case.

“Our ticketing is handled by agents who pay directly into the company’s account every day, but that is not to say that we didn’t suffer any financial loss to the robbery.

“We have imprest and some other contingency cash which were stolen, but no large-scale loss,” he said.

Akintola assured that investigation had commenced on the robbery, adding that a number of suspects were undergoing interrogation.

He commended the Nigerian police for their prompt response, while commiserating with family of the deceased policeman.

“You know it is difficult to point accusing fingers at any direction, but the police have commenced investigation into the matter, and some suspects are being interrogated.

“We thank, the police for their prompt response when they were contacted, and we pray for the repose of the soul of their late colleague,” he said.

He added that the remains of the late police officer had been deposited at the Maitama District Hospital mortuary, while the injured staff members were being treated in an undisclosed hospital.