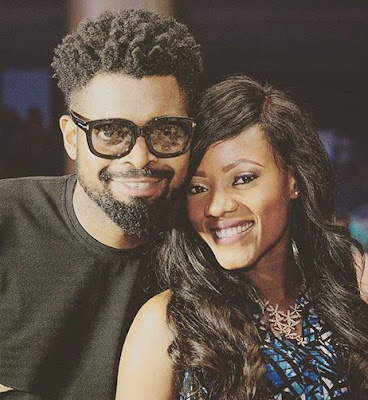 Popular comedian Bright Okpocha aka Basketmouth has been attacked by armed robbers.

According to a post on Comedian Bovi’s official page today, the dare devils reportedly struck Basketmouth’s home in Lekki phase 1 around 2am today and robbed him till 4am.

In the 2-hour long robbery attack, valuables were stolen while the CCTV camera monitoring the house was also removed. 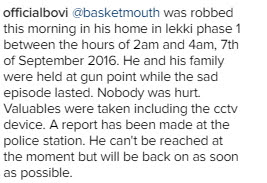 None of his family members were injured in the attack.

Comedian Basketmouth is yet to release an update on his Instagram page meaning the robbers might have seized his mobile devices.

Photos: Otugas Fire Force Militant Group Leader Gabriel Ogbudje Arrested In Edo State
Doris Simeon: I Care Less About Stella Damasus, All That Matters To Me Is The Well Being Of My Son