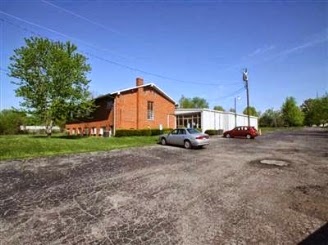 A source, who pleaded anonymity, said the pastorate was robbed of laptops, trinkets and unspecified amount of money.

The bandits were said to have come in search of the proceeds of the funds raiser of the church which took place on Sunday.

They were said to have scaled the fence of the church from the back, overpowered the five private guards on duty and tied them with ropes.

One of the security guards, who pleaded anonymity, said the robbers commandeered one of them to lead them to the church’s strongroom.

He said, “The robbers use diggers, sledge hammers and an axe to break the safe but did not find any money there.

“The disappointed robbers commandeered one of us to take them to the vicarage. The robbers then ordered the vicar (names withheld) to bring out the church money or they would shoot him dead.”

The security man said one of them had to plead with the robbers, who were ready to shoot the cleric, that the vicar did not keep the church money and only relied on his salary.

He added that the robbers reluctantly released the vicar and later robbed the entire vicarage and left after operating for about three hours.