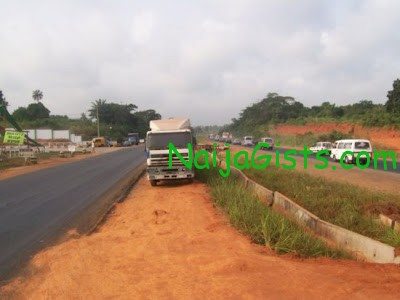 March 8, 2012 – According to the daily sun, 18 women aboard a commuter luxury bus were reportedly raped in the wee hours of Thursday March 8th, by armed bandits few kilometres from Okene, Kogi State. The victims, comprising single and married women, were among passengers in the ill-fated bus with a Lagos registration number XM753 AKD, operated by a popular transport company (name withheld), which was travelling from Port Harcourt, the Rivers State capital, to Abuja, when the incident occurred at about 2.am. naijagists.com

One of the victims, who narrated the episode to Daily Sun, said the journey had been smooth from Port Harcourt till a short distance from Okene, when they ran into an ambush laid by the robbers.

“I was asleep when suddenly, I heard the sound of gunshots. The robbers shot at the driver’s side in a bid to force the vehicle to a halt. It was then I realised that they had barricaded the road with logs of wood. Then, they ordered all of us to disembark and marched us into the bush.

After dispossessing us of our money and other valuable items, then, they raped all the women in the bus, numbering about 18, one after the other. It was a traumatic experience which lasted for about three hours,”, one of the female victims who declined giving her name recounted.

Daily Sun learnt that it was indeed a pathetic scene as some of the female victims who could not conceal their pains wept profusely as they narrated their ordeal when the bus arrived its terminal at the Utako district of Abuja at about 10 am yesterday.

Kogi State police spokesman, ASP Okasanmi Ajayi, however, said the incident was not officially reported at the command. “I have made contacts to the various police divisions, but there is no record of the incident,” he told Daily Sun on phone (Credit: Daily Sun)

Continue Reading
You may also like...
Related Topics:attack along okene kogi state nigeria