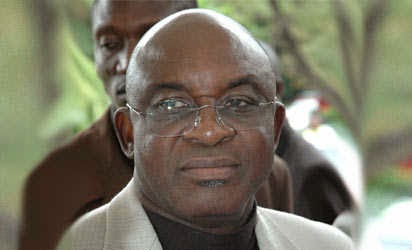 According to Paul Mumeh, the spokesperson for the Senate President, the suspected armed robbers shot at the convoy conveying Mark to the burial ceremony in Nkwerre but fortunately for him, he wasn’t in the attacked vehicle.

The Senate President was quoted to have lamented the attack, saying it was least expected in a peaceful senatorial district like Orlu.

Thankfully, no life was lost in the attack.