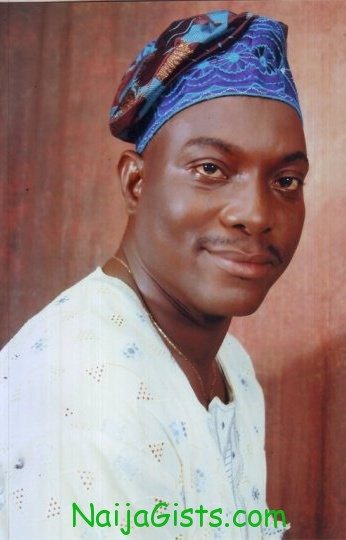 Naijagists.com just learnt that the household of the Governor of the Lagos State chapter of the Association of Nigerian Theatre Arts Practitioners, ANTP, Alhaji Akeem Alimi a.k.a. Ajala Jalingo was thrown into confusion and panic days ago when armed robbers invaded his home. naijagists.com

The actor, who had just taken delivery of a new Highlander SUV, was attacked by robbers who killed his guard and snatched the SUV at gun point.

The robbery incident, which took place on Christmas eve at Mushin, left the actor totally devastated.

Sources close to the actor stated that he is trying to recover from the psychological effect of the attack.

According to pm news,the actor had parked the Highlander SUV in front of Omodigbo Health Centre, Mushin when the robbers struck.

“Three of the robbers went upstairs with him and held him and his family hostage, while the remaining members of the gang were downstairs keeping watch.

“They collected the car keys from him at gun point and shot the security man at the health centre for challenging them,” The hapless guard later died as a result of the injury he sustained from the gun shot.

Alimi himself confirmed the incident to our reporter who contacted him on phone.

The matter was reported at Mushin Police Station but no arrest has been made as at the time of filing this report.