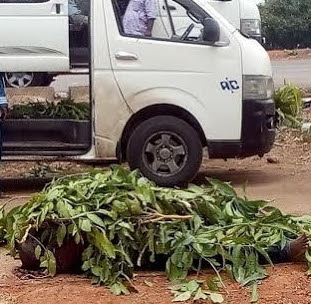 Not less than 4 people including an army officer and an infant, were killed by suspected armed robbers during an attack along the Kaduna-Birnin Gwari Road in Kaduna State yesterday Sunday the 10th of September 2017.

Kaduna Police Spokesman Muktar Aliyu, who confirmed the incident said the 18-seater passenger bus traveling from Kaduna to Kwara was attacked by the robbers near Palwaya village, Birnin Gwari LGA around 10:30 a.m.

The dare devil were said to have opened fire when the driver tried to escape. This led to the death of the army officer and the three others who were in the bus.

Mr Aliyu further disclosed that security enforcement had cleared the road after it was blocked for some hours, while those that were injured had been transferred to Kaduna under armed escort for treatment.