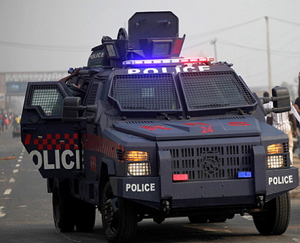 Worried about last week bloody bank robbery in Offa, Kwara state which claimed many lives, banks in Ikare-Akoko hurriedly closed their branches yesterday, following rumours that armed bandits were in the town.

It was learnt that customers already inside the banking halls were sent out.

Officials disallowed others from entering the premises.

A top official who spoke in confidence said the rumours can not be taken for granted as a similar event had recently happened in Offa, Kwara state.

It also happened in Ikare-Akoko, few months ago where some police officers lost their lives.

It was learnt that security men were patrolling the town with Armoured Personnel Carriers(APC) and other Police Vehicles to guarantee safety.

He said it was a vehicle that had an accident in front of a bank which people mistaken to be dynamites.

He urged the people to go about their legitimate businesses.