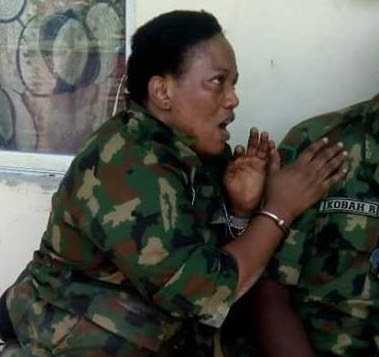 Some online portals had claimed that Gumel was arrested in Abuja with bombs and children, apparently kidnapped.

However, Nigerian Army spokesman, Col. Sani Usman, said in a statement that though Gumel was arrested in Gwagwalada, Abuja with a fake soldier’s outdated identity card, there were no bombs or children with her.

He noted that the lady claimed to be a serving medical doctor and was found in army uniform.

Usman said that the suspect is undergoing interrogation.

“She claimed to be a medical doctor and a ‘major’ with a fake private soldier’s outdated identity card. But not with IED. I believe Guards Brigade or the Nigeria Police will issue a formal  statement on it.” 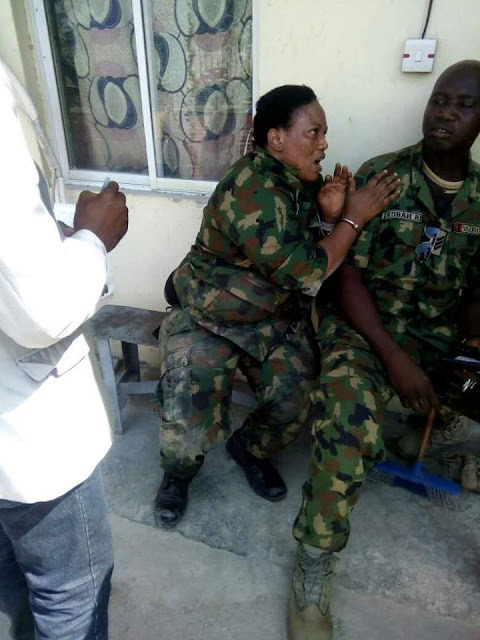 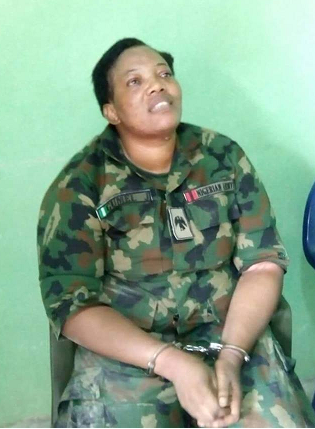 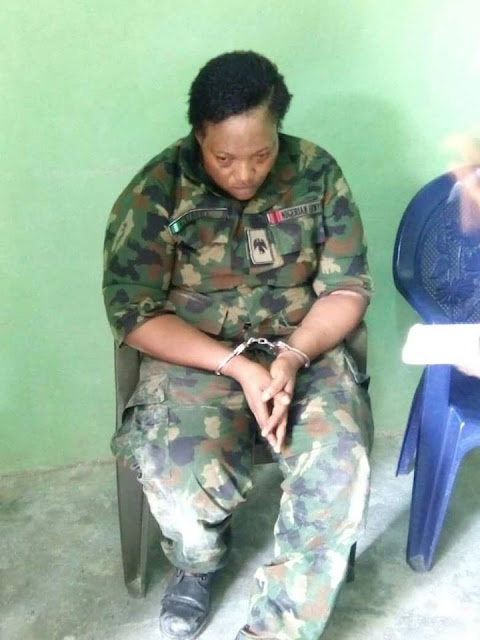 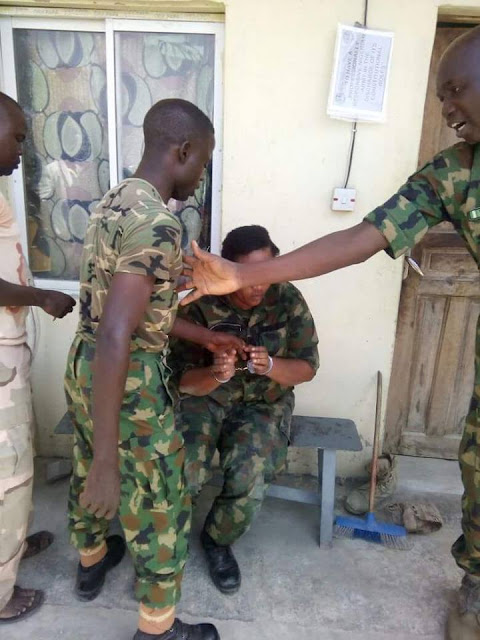 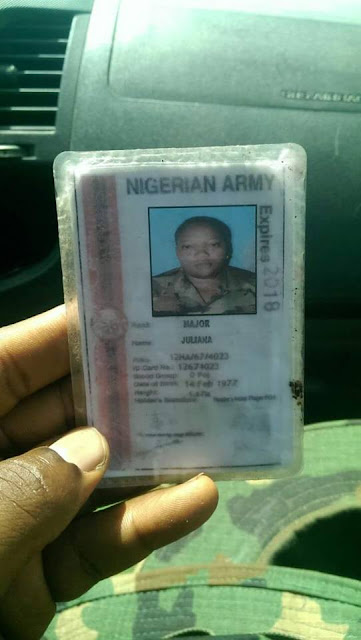 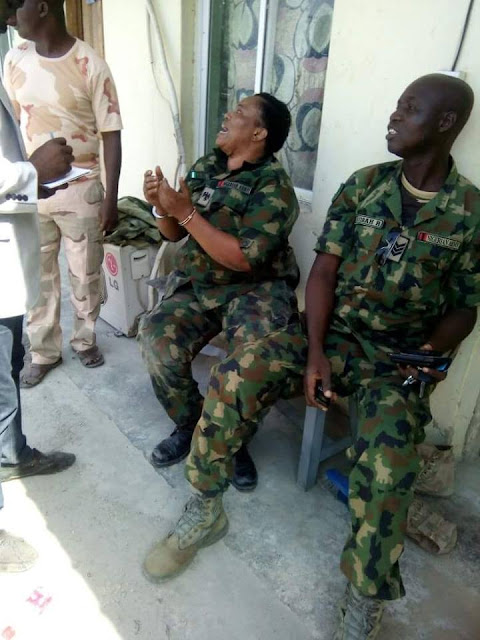