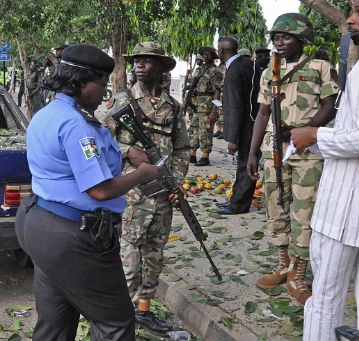 American Embassy in Nigeria has warned of an imminent Boko haram attack in Abuja. The US embassy in an emergency message urged its citizen’s resident or doing business in the Federal Capital Territory, FCT, to be security cautious.

The mission said information available at its disposal points in the direction of Boko Haram as the possible attackers. According to the embassy, the attackers’ likely targets would be hotels frequently visited by Westerners.

It, however, disclosed that there is no additional information about the exact timing of the planned attacks. The embassy said: “We advise all U.S. citizens to review their personal security plans, remain aware of their surroundings, including local events, monitor local news stations for updates, and report specific incidences of targeted violence to the U.S. Embassy in Abuja or the U. S. Consulate General in Lagos.”

Continue Reading
You may also like...
Related Topics:abuja, boko haram, citizens, us