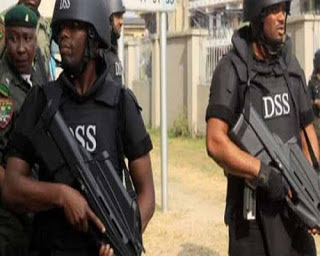 The protesters, numbering 70, including bishops, pastors, evangelists, deacons, reverend sisters and their lawyers, wondered why security agencies in the country have become instruments of witch-hunt and threat to the common men.

The protest took a new twist when Governor Ifeanyi Okowa, who Archbishop Awomakpai described as ‘my son,’ swiftly intervened in the situation via a text message.

The clerics stormed the yard of the DSS in Asaba around 11a.m. clad in their cassocks, but could not secure Tarere’s bail even when they were subjected to five hours of interrogation.

The detained cleric (Tarere) allegedly approved the self-defence approach of Apostle John Suleiman of the Omega Fire Ministries (OFM), which suggested self-defence as a solution to the activities of Fulani herdsmen during his crusade in Ekiti State.