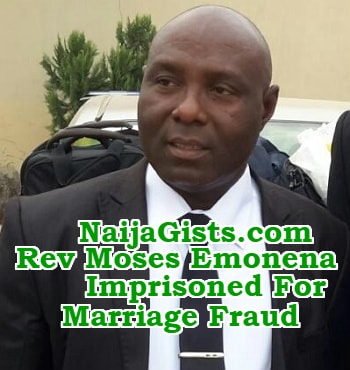 Rev. Moses Emonena, Pastor Of The Assembly Of God Church In Warri Delta State Married Daughter To Another Man After Collecting N11.7 Million From Her Suitor…Cleric Remanded In Prison Custody

Rev Emonena has been arraigned before an Igbosere Magistrates’ Court in Lagos for allegedly obtaining N11, 750, 000.00 from his daughter’s suitor under the pretext of giving him her hand in marriage.

The police alleged that Emonena, a cleric of the Assembly of God Church in Warri, Delta State, married his daughter to another man after receiving the payment from the complainant, Samuel Oladele Fatai.

Emonena, 55, is standing trial on a two-count charge of obtaining money under false pretence before Chief Magistrate Folashade Botoku.

Prosecuting counsel, Henry Obiazi, a Superintendent of Police, said the offence contravenes Sections 411 and 314(3) of the Criminal Laws of Lagos State, 2015 and punishable under same.

Obiazi alleged that Emonena committed the offence between November 2016 and March 2017 at Egbeda, a Lagos suburb.

He said Fatai reported to the police that he approached Emonena for permission to marry his daughter, but the Reverend father gave him several costly conditions to fulfill before he could grant him his request. 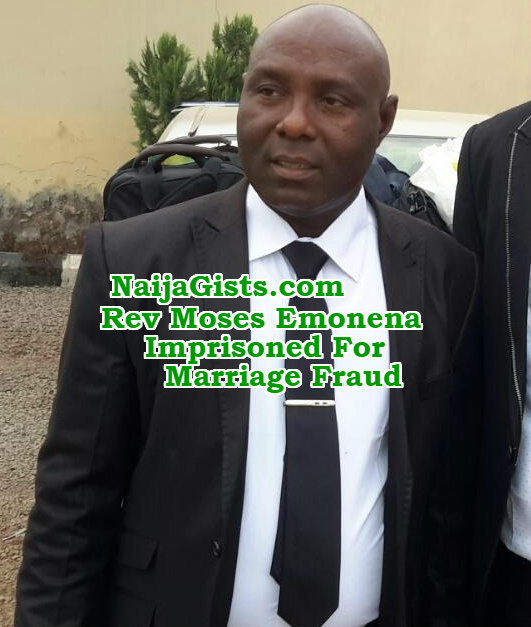 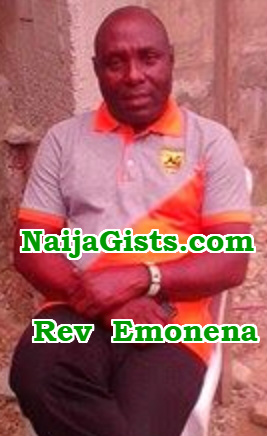 The complainant said he was shocked that after fulfilling all the conditions amounting to N11,750,000.00, Emonena married out his daughter to another man.

Emonena pleaded not guilty to the charges.

Chief Magistrate Botoku granted him bail in the sum of N1million with two sureties in like sum.

She remanded the defendant in prison pending the fulfilment of the bail conditions and adjourned till April 27.