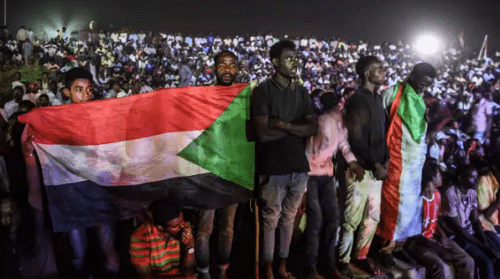 Sudan has been suspended by The African Union, AU.

The suspension which takes effect today came days days after the military launched a crackdown on protesters that killed dozens of people.

The African Union’s Peace and Security Department said in a post on Twitter that Sudan’s participation in all AU activities would be suspended with immediate effect – “until the effective establishment of a civilian-led transitional authority” as the only way to “exit from the current crisis”.