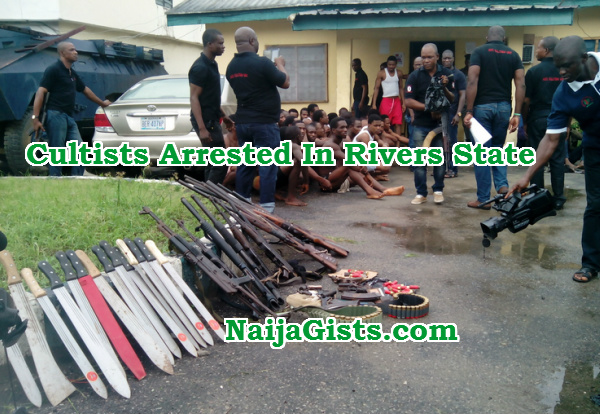 3 people died yesterday in a bloody clash between rival cult groups, Axelander and Dewell in Ubima, a quiet community in Ikwerre LGA of Rivers State.

According to Daily sun, trouble started yesterday when one of the leaders of Dewell, Chinedu Uwazurike (aka Biggi), entered the territory of Axelander cult to buy Indian hemp and was murdered in the process.

The source said: “Biggi is one of our members; he just came back from another town and decided to get Indian hemp; he could not get it from a nearby shop. So, he went to a seller close to Axelander barracks that was how they dragged him down from motorbike and started beating him until he collapsed and died.

“But, we have revenged by killing two of their members. The fight will continue because it is a disgrace on our side.”

Similarly, an Axelander member said Dewell had committed a lot of atrocities in the community.

According to the source, their members had been waiting for a time to react.

Reacting to the incident, Chairman of Ikwerre Local Government Area, Bestman Amadi, said he had visited the community, assuring them that the council would do everything possible to bring normalcy to the area with the cooperation of security agencies.