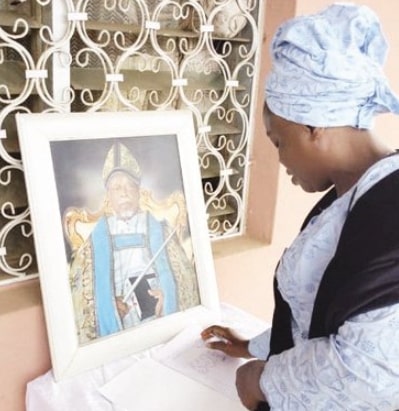 In a chat with The Nation, Emmanuel said the Legendary comedian passed away in his sleep on Sunday after having his final dinner with his family.

He added that his lifeless body was discovered by his youngest wife, Funmilayo who went to his room to pass an information across to him.

“Baba died last night around 6 O’clock. He died at the age of 82. I was not there but his wife called the eldest son of the family immediately it happened and that one called me and narrated everything to me. His body had been taken to the mortuary. We will need to hold a meeting before we can fix a date for his burial.

“I will miss so many things about my dad. He was a very lively person. He was always advising all of us even those that were not his biological children. He advised everyone equally. He would tell you what to do and guide you.”

Meanwhile, sympathizers have turned the home of the late comedian at Ijoka street in Ilesa Osun state into a mini-tourist attraction center.