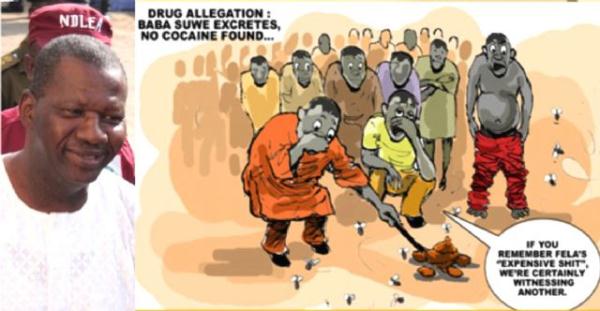 Comic Yoruba actor Babatunde Omidina aka Baba Suwe who was falsely accused of smuggling cocaine drugs out of the country has lost his N25 million compensation.

A judge ordered NDLEA not to pay the actor his N25m due last week.

The actor has however vowed to appeal the ruling.

Speaking through his lawyer, Bamidele Aturu on Saturday in Lagos, he said the Appeal’s court decision would be taken to the Supreme court to avoid such unlawful arrest from happening again in the future.

“If we do not appeal the decision, history will not forgive us. we shall be heading to the Supreme court” It is a matter of public duty now.

“As soon as we get the judgement, within 3 or 4 days the appeal will be ready. Let the Supreme Court finally rule on it. We think this can also encourage the culture of impunity on the part of law enforcement agencies.” – said Baba Suwe’s lawyer in a press briefing