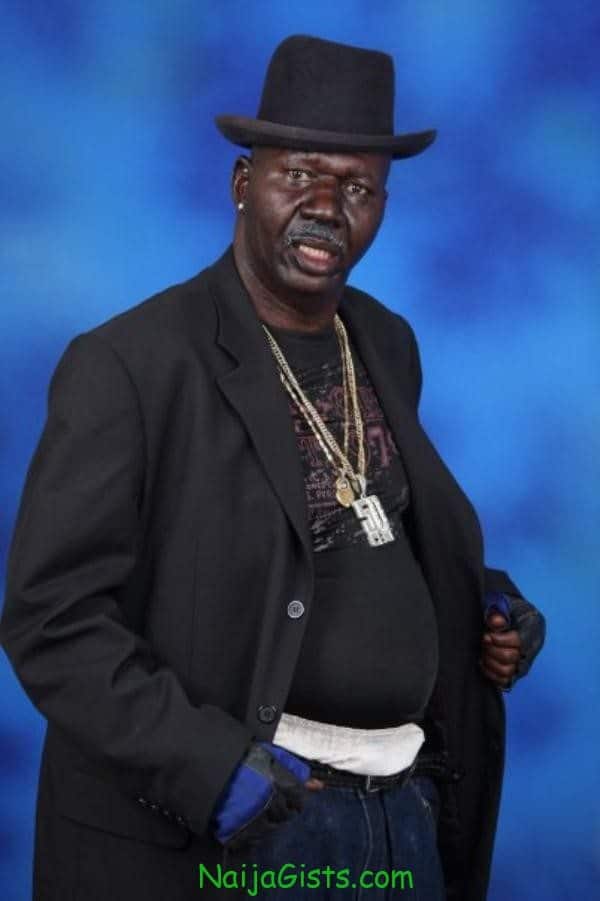 Nigerian actor Babatunde Omidina -Baba Suwe – is in a fresh romance and he is said to be very serious with his intentions in the guarded affair.

The make believe expert just acquitted of a drug trafficking charge is said to be in a very serious relationship with Actress Sherifat Ilerika.

Investigations conducted by www.societynowng.com traced the beginning  Baba Suwe, Babatunde Omidina, Sherifat Ilerika of their romance to prior to the death of Omdina’s late wife, Monsurat ( more popular with the stage name Moladun)

Insiders revealed the lovers had kept a very tight lid on the affair in days before the controversy that trailed Moladun’s death and immediately after.

Insiders revealed before his arrest, Sherifat was a regular caller at Omidina’s office- where he maintained an a room.

They were several spotted at SP Hotel, Ebutte Metta- where the popular actor usually lodged.

But they still retained a bit of secrecy at that point in time.

The public manifestation of what is on, came to the fore on the heels of Baba Suwe’s acquittal for drug trafficking.

On November 04 2011, when Baba Suwe was granted bail- Sherifat was with him all through the day and left the court with him.

Sources claim she cares for him like a ‘dutiful wife’ ever since.

She is tagged a constant and very familiar caller at his Ikorodu base.

Sherifat is said to maintain an apartment in that part of town too.

The duo broke the norms and were guest at SP Hotel overnight two weeks back.

Insiders claimed Sherifat is married- but her marriage is troubled and considered in some quarters ‘over’ naijagists.com

Those in the know of the way the lovers carry on confirmed, except an unexpected factor comes into the equation- Sherifat is all set to replace the late Moladun as the actor’s second half.(society now Nigeria)