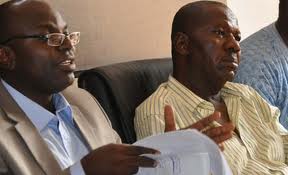 Mr  Bamidele Aturu, Baba Suwe’s lawyer, has called for the immediate removal of the Head of the National Drug Law Enforcement Agency (NDLEA), Femi Ajayi, for wrongly accusing his client.

Aturu said that the NDLEA failed in its duty to prove that his client, Babatunde Omidina, also known as Baba Suwe, was guilty of any offence.

“We are going to ask questions about the capability of the NDLEA leadership if I have my way,” he said. “If I am the President of Nigeria, I will remove the NDLEA boss because it is a national embarrassment. He (Ajayi) needs nobody to tell him to go before he leaves. If it is in other climes, the person will resign.”

Omidina was detained by the NDLEA on Ocober 12 after he was arrested at the Murtala Muhammed International Airport, on the suspicion that he had ingested substances suspected to be hard drugs.

The agency however failed to establish a case against him after it failed to find any drug on him, leading to a court ordering his immediate release on November 11.

Aturu observed that NDLEA’s machines may either be obsolete, or the agency may be under-funded and not able to employ competent hands to conduct drug-related tests.(daily times)

Jonathan Under Fire Over Achebe; Dangote & A Host of Others
Naval Officer Stabbed Girlfriend To Death Over Infidelity in Ojo, Lagos State