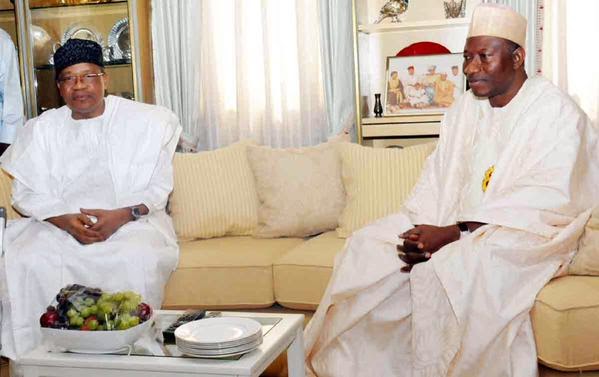 Sir, do you still believe that two-party system remains the best for Nigeria?

Yes, I stand on that position and I have many reasons to keep to it because I am so sure that remains the best we need. For instance, if you go back into the history of Nigerian’s political evolution, you will find out that from the 50s, 60s and even before then, there were always two dominant political parties in the scene. And from what we know, the development always worked well for the polity. So I believe even in the future, that would remain a dominant pattern, even as is unfolding today.

Even in the leadership, you will also find out that the leaders were always people of two ethnic groups or dominant religious groups. Most of them worked well, and we can see it start to come back now. Today, we have the PDP and the All Progressives Congress (APC) as two strong parties and as time goes by, we will see them get stronger.

Are you still a member of the PDP?

Yes, I am at the ward level.

What about the state level?

At that level, I am an adviser

What are you at the federal level?

I am an elder statesman

So what is your level of participation at the ward level?

I am very active as a party member

Why are you not active at the federal level?

Do you think the PDP would still win at the federal level?

My prediction has not got to that level. But what I am sure about is that the election of this year would not be as it used to be. Our democracy is getting more mature and people have better and deeper awareness of the game. So, this time, there would be a tougher contest and I must say in all the elections. What we would see will be different from those of 2003, 2007 or 2011.

What then are the differences that would make 2015 peculiar?

There is greater awareness. There is definitely among the voters, the populace and even the politicians better understanding of what they want. The people seem to know better what they want and also have a better means of pursuing or going for it.

So, which presidential candidate would you vote for?

Last time, I answered the question by saying that I am studying the two. I am following them to know and hear what they have for the people. The two have been emphasising so much on security of the nation and that is most important. They also focus on other issues of importance. But we should not forget the prime importance of the security of Nigeria and its vital position in the unity of the nation. Their programmes are what they have been busy marketing and, at last, he that tables the best programmes before Nigeria, I would have the tendency to go with such candidate.

Some past leaders of the nation don’t seem happy with your party, PDP. Obasanjo, for example, has been talking, and Ekwueme recently spoke. As a former leader, are you happy with PDP?

One can’t say he is really happy. But the major problem I think the party should give so much attention to is the internal democratic system. We need real change?

Are you satisfied with the party primaries?

I don’t think so because right now, some are in court, party appeal panels and others. What it means is that the party has not got it right yet.

Would you advise them?

That is what I have just done. Internal democracy needs to be improved, needs to be enhanced, and needs to be encouraged for a better total democratic development. That should not at any level be overlooked.

Recently, there have been several public outbursts by President Obasanjo against the president. Is that the best approach?

No, it’s not the best. It is far from the best approach. As someone that has been on the seat, I would never take that option and I don’t encourage anybody of that class to do so. There are many channels through which the same point could be passed across to the president without making it public. One can easily reach him on phone, can ask for a meeting with him and also seek other platforms, maybe through past leaders. I don’t actually go for that approach of making it a public issue to avoid sending the wrong signals to those that look up to us.

Since you have been studying the candidates for their programmes, who would you want to win the election?

I know whom I will vote based on the programmes they have and it is the electorate that decides who wins. But I would advise them to make wise choices.

What is your advice to Nigerians in the coming elections?

I will only tell them to be peaceful and shun violence. Let them not get violent and all will be well.