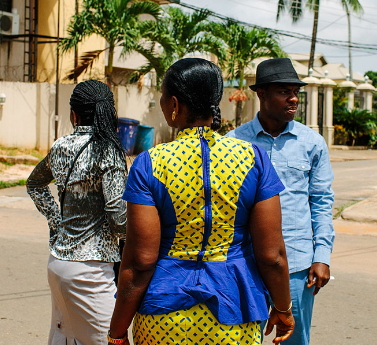 The men were said to have stormed the residence and asked everybody to lie down at gun point before snatching the baby.

Mother of the baby, Ruth Okungbowa, said the incident happened at about 8pm.

Ruth said she was surprised when the gunmen left and she was told it was her baby that they took.

“I was just finishing eating and my sister was carrying the baby. Suddenly three men entered the house with gun. Two were with us inside, while the one was with my sister.

“After they left, I heard my sister crying that they have taken the baby away. They escaped with a car and my brother used bicycle to purse them.”

Her father, Mr. Albert Okungbowa, said he asked his daughter to bring the sick baby because two previous babies his daughter had died.

He said he was surprised that the father of the baby did not show much concern when they informed him about the incident.

When contacted, father of the baby, Osayomore Igbineweka, said news about his stolen baby was still strange to him.

He said he was yet to believe the story as his wife was supposed to have returned home.

“I have told my wife to come back him but she did not. The story is still strange to me. I beg God to make them bring my baby back.”

Thursday Inspiration: You Are Not A Failure!!!
Photos: 2 Nigerian Students, Roommates Sentenced To Death For Drug Trafficking In Malaysia