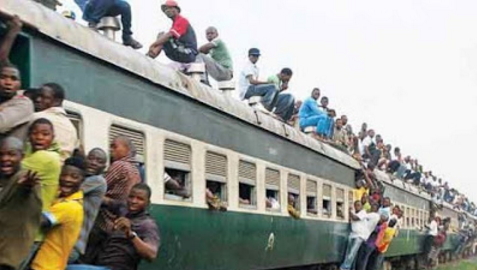 A baby and a man were killed after some passengers, riding on top the train, engaged residents of Agege, Lagos State, in a ‘stone-hurling attack’ on Friday night.

According to witnesses, the baby, who was strapped to her mother’s back, died immediately one of the stones hurled by passengers on top of the train hit it.

When the mother realised that her baby was dead, she collapsed and was rushed to the hospital, where she is still in coma. Another victim, a yet-to-be identified passenger on top of the train, was busy hurling missiles at passers-by and traders when he smashed his head on the pedestrian bridge at the railway station and died.

It was learnt that dozens of miscreants, who could not pay to enter the train, usually hang on top of the moving train, which has been described as illegal by the Nigerian Railway Corporation (NRC).

Tired of the incessant behaviour of the passengers, some youths in Agege mobilised and tried to fight back on Friday, resulting into fracas. 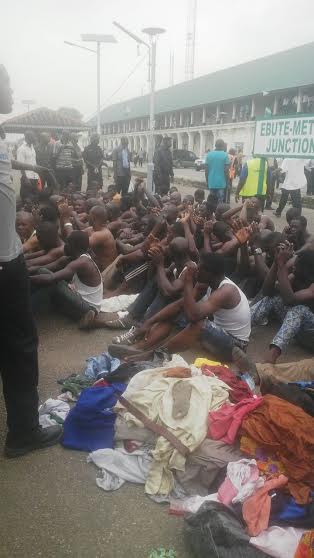 Some of the rooftop riders arrested